Lesson Learned from a Founding Head

On a wet miserable day in November 1975, David Wilkinson remembers seeing an advert in the Times Educational Supplement for a teaching post at UWC South East Asia - it immediately piqued his interest and he applied and got the job as Head of Faculty. This was to be the start of a long and varied career with UWC, as David went on to become the Deputy Head at UWC Adriatic, and the founding Head of both Li Po Chun UWC of Hong Kong and UWC Mahindra College. In our 60th Anniversary year, David sat down with us to talk about his teaching career and reflect on the enormous privilege he feels at having been able to work with so many remarkable students.

When David joined UWC South East Asia as Head of Faculty they were in the process of phasing out A-levels and introducing the International Baccalaureate (IB), and he became heavily involved in developing the Theory of Knowledge curriculum for the College. His belief in the IB grew over subsequent years, and after meeting Head of UWC Atlantic, David Sutcliffe, in 1982 he was encouraged to apply for the position of Deputy Head at a new UWC in Duino, Northern Italy. David describes what it was like to be involved in the setting up of a new college,

“I remember when we first arrived, nothing was ready, including the college buildings! We spent a year based in the Hotel Europa up the coast while the college was being built. We had so many ups and downs with the regional government as we tried to get all the equipment ready. It was stressful, but also very exciting. I think when you 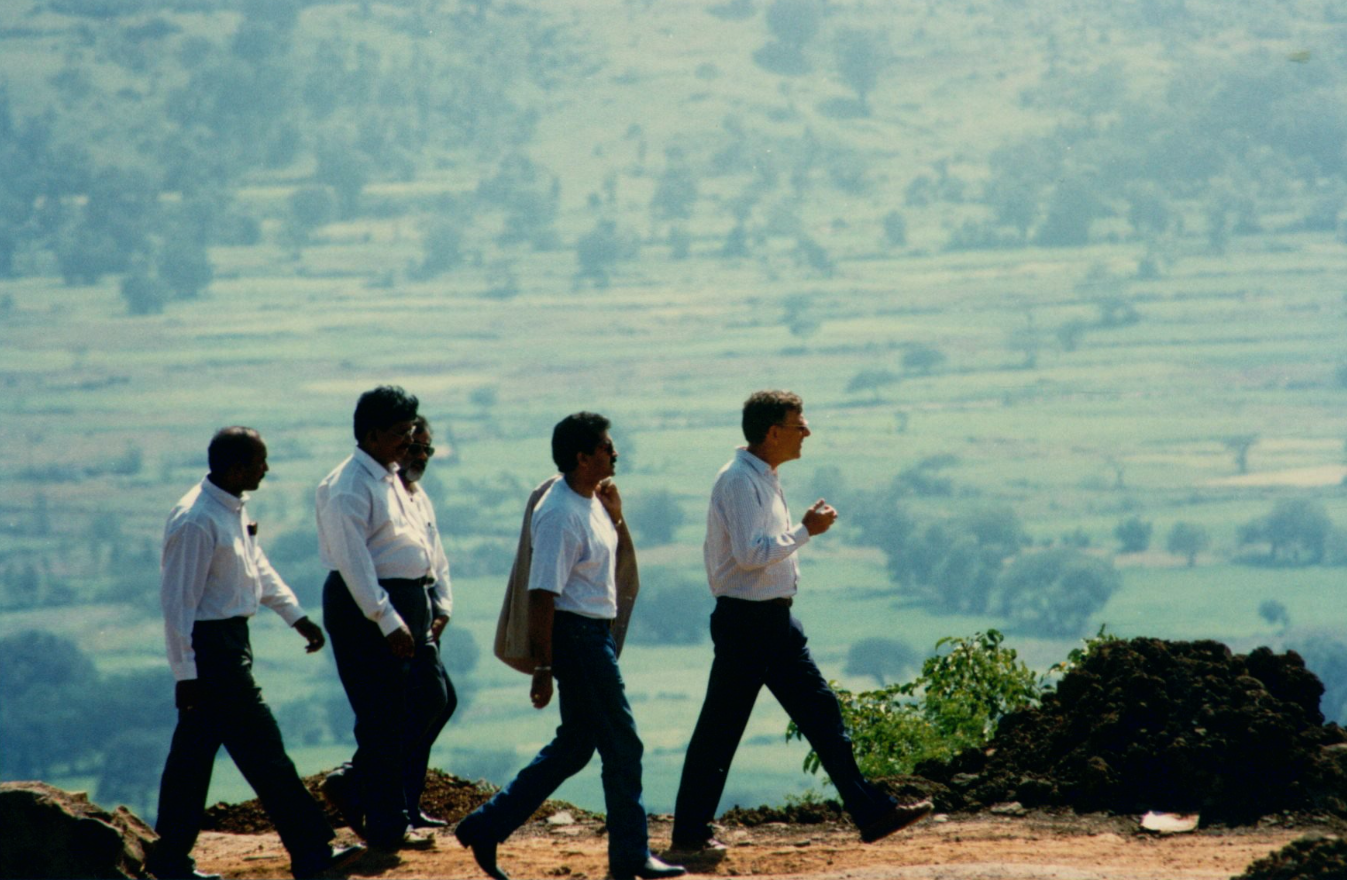 become involved in a project like that you either decide you never want to do it again, or, it becomes addictive!”

Leaving UWC Adriatic, David, went on to take over the Headship of an international college in Lesotho, South Africa, and it is here that he really began to reflect on what helped set a UWC education apart from the rest of the international network,

“Being at this school in South Africa really gave me pause to think of the importance of selection on merit, as is the UWC way. I began to understand that an awful lot of young people from the developing world get to 16 without having had the educational background to actually show that they merit entry to a UWC. And this is why I believe the selection process to be so important. There is potential everywhere, but it often doesn’t have the opportunity to shine unless there’s a process in place which sees beneath the surface to the potential that lies beneath.” 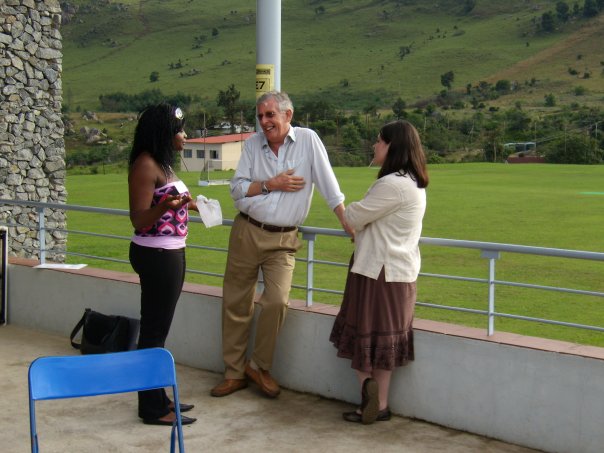 Six years later, it was time to come into the UWC fold once again, and David was appointed the Head of Li Po Chun UWC of Hong Kong a year before it was actually built. Again, he went through the stressful process of founding a new college, navigating local logistics and errant builders,

“We were scurrying around like mad to get the place open, and although we did, we still had to spend the first month shipping all the meals over from the local university… luckily the college kitchen and dining room were ready just in the nick of time -in fact a day before Prince Charles came to officially open the College.”

David remembers the work that went into ensuring the success of the College’s scholarship programme, as he worked in close collaboration with the UWC Hong Kong National Committee. He saw this as incredibly important in working to achieve a truly diverse student body. David is keen to point out that it was thanks to the generous funding from the Hang Seng bank, The Hong Kong Jockey club, and Li Po Chun’s family, that the College could be set up relatively easily. And goes on to explain that it was similar donor funding which allowed him, three years’ later, to set up another new college in Pune, India. After the funding from the Mahindra family had been secured, David was asked to go ahead with his wife (and fellow teacher) Veronica to oversee the building of UWC Mahindar College a year before it actually opened, he remembers, 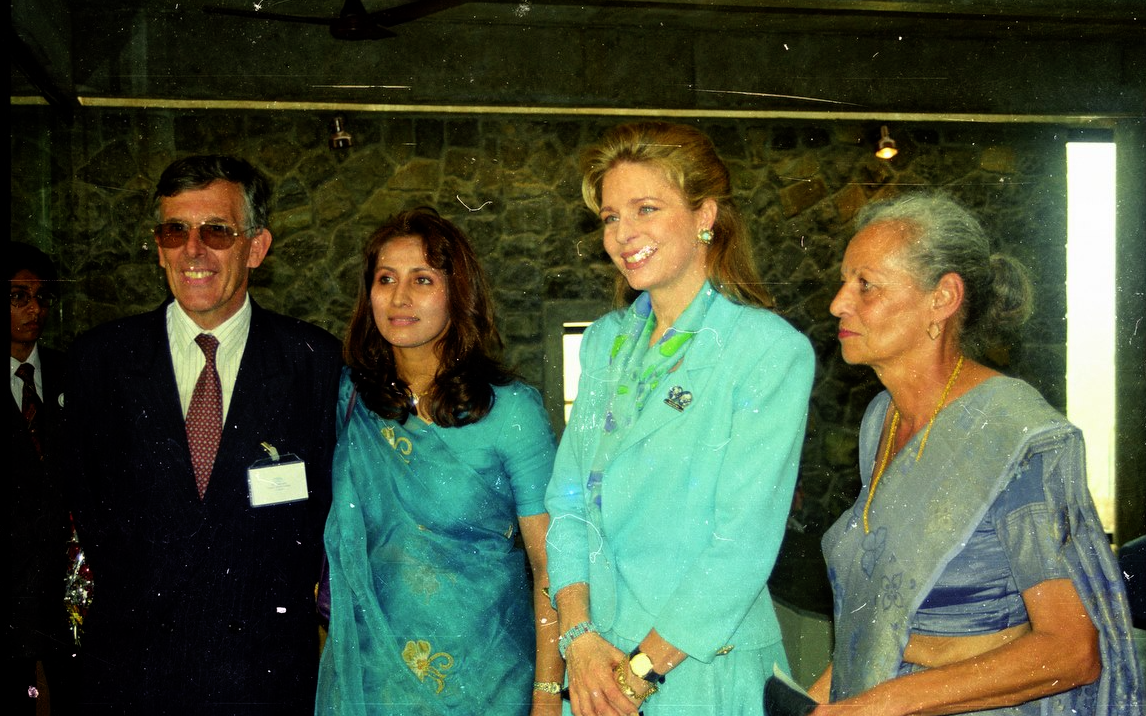 “We lived in a Mahindra guest house at the back of the steelworks on the main road between Pune and Bombay, and we’d go the 30 miles up in the hills every weekend to oversee the building of the college… again, it wasn’t ready in time. But luckily we had enough money to move all the students into a local hotel, while they finished building the College.”

“I used to tell the students that there were three important things to know: that this wasn’t an escape from reality, they had their IB and future careers to think of. Secondly, although the academic programme was important, it was only a part of the learning experience. Thirdly, through their UWC experience they would learn to become comfortable across different cultures, nationalities, religions and races. This isn’t something that can be ‘taught’ in the traditional sense - but it was the result of putting young people from diverse backgrounds together to live and learn. And, in my opinion, that’s the most valuable thing UWC does.”

David reflects that in the 13 years since he’s retired from teaching, the world has become a much more complicated place, and this is why he believes a value-led approach to education is so important,

“For me UWC is incredibly relevant for today’s world… it teaches the ability to see through apparent complexity to what really matters. To values that are interpersonal, to words that are simple like duty, responsibility and love, which transcend the complexities of modern life. Because we haven’t changed as a species, but the world has changed. It’s almost as though we need to strip things back, and so that we can remember our common humanity.”

If there’s one overriding feeling that encapsulates David’s thoughts on his time at UWC, it’s one of gratitude,

“As I look back, I realise what an enormous privilege it’s been in my professional life to work with and for some astonishing people. And to have the pleasure of interacting with thousands of quite remarkable young people from whom I’ve learnt an awful lot.”