A first year at UWC Mahindra College (MUWCI), Yves was born and grew up in a village called Kirambo in Rwanda. Since he was a child, he has had a real passion for music and dancing, to the point that he dreamed of making a job out of them. But when he joined UWC in 2018 he discovered many more opportunities and interesting things he could do on top of his passion, which have made him reconsider his plans for the future. 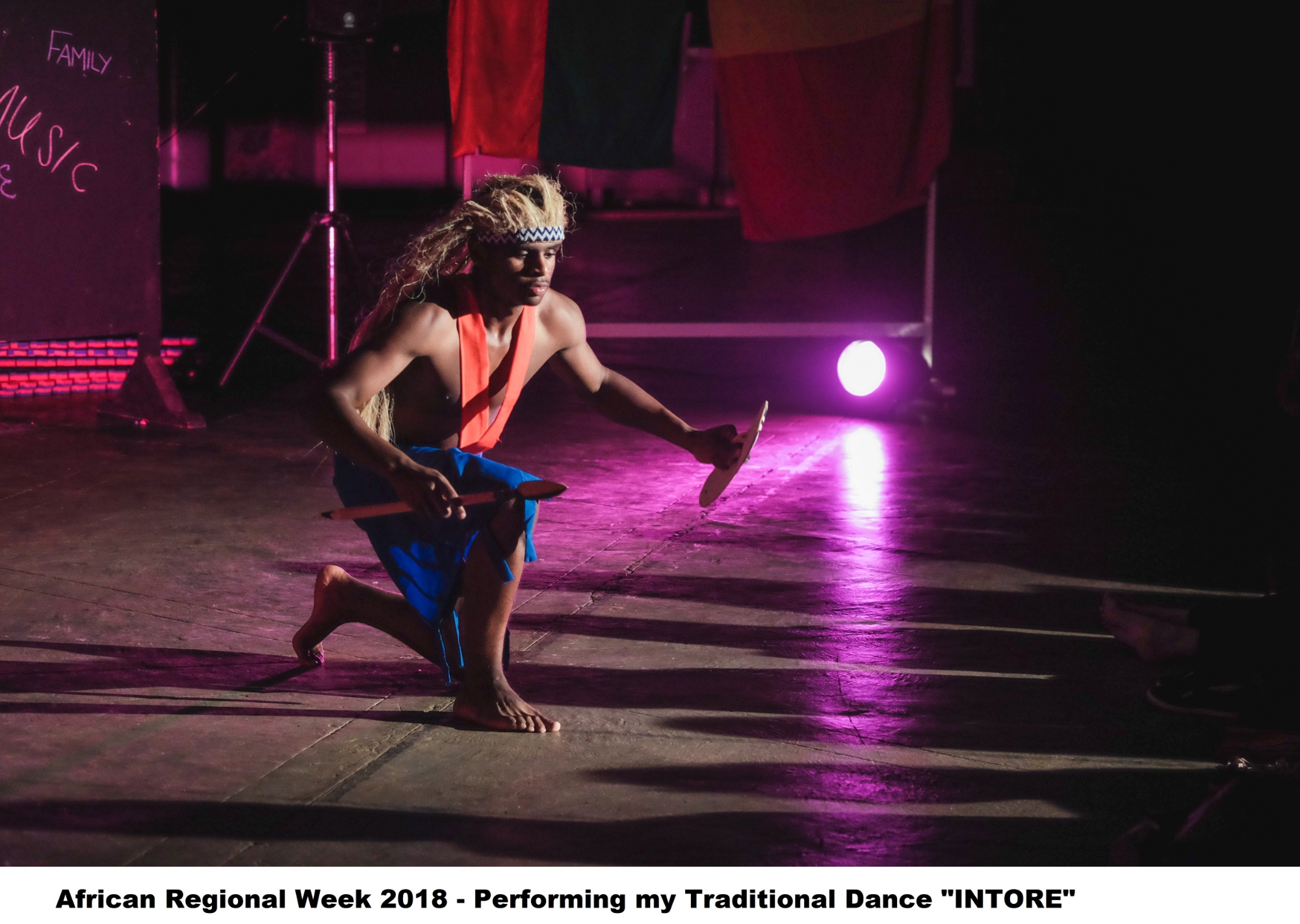 Yves started to attend boarding schools in 2011, when he was still a kid attending Primary. Back then, being away from his family proved to be extremely difficult, but with time he got more and more comfortable in the situation and started to enjoy being part of a big community of students of the same age. During the following years, Yves did very well in school and was admitted to several excellent educational institutions in Rwanda to continue his studies. It wasn’t until 2018 that he learnt about UWC and was selected to attend MUWCI. “I would say that 2018 became the year of my life’s revolution. It felt like dreaming: I was successful in everything I went through including applying to UWC, which I did not know much about. What I knew I learnt from a friend who attended one of the colleges and who told me that UWC ‘is a broad organisation which provides scholarship to students from all over the world and brings them together to educate for unity, peace and sustainability’.” Yves was able to attend MUWCI thanks to a scholarship raised through the Davis-UWC Impact Challenge, for which he is most grateful. Once at the College, he really understood what made UWC so different from other schools he knew: “UWC brings people from all over the world together and not only educates them terms of languages, humanities, sciences, maths and arts, but also works upon community engagement, caring and respect, unity, peace, sustainability, freedom and other extra skills that not all schools and colleges care about.”

Yves is passionate about his new home and the diverse community he is sharing it with. While he continues to practice music, dance and sports in the College’s facilities, at UWC he found a new interest in computing, which he sees as something he could work in in the future. Yves feels his time at UWC has also had a positive impact on his life in many other ways: from teaching him to be responsible for his own studying, to giving him the freedom to express his true self; from giving him the opportunity to learn new languages that go beyond those taught in class, to motivating him to work hard so that he will be able to continue studying at great universities.

As being at UWC is so much more than learning language skills and studying on books, Yves appreciates the social aspects that come with living in such a diverse and supporting community. Living together with people from all over the world helped him become more mindful of his actions and break down many stereotypes he used to have about the world around him. “At UWC I learnt that  ‘There is more in me than I thought and think’ as Kurt Hahn said.”

Yves jumps out of bed in the morning with enthusiasm because he knows he is going to learn from great teachers and from his friends, and that what they do together will help bring change to the world. He often thinks about whom and where he will be in the future, and reflects on ways he can engage with his community. One of the things Yves is most grateful for is the support he is given by anyone in the community.

"The advice and guidance I get from the faculty and advisors really create a true sense of optimism in me. And the respect and attention I’m given by my community gives me courage to do more. There is a lot of inspirations that keeps me going. One of my expectations for after I finish studying at UWC is to be able to handle the challenges that will come my way, and I would like to use this as a tool that leads to change and serves as an example to other people.”