The never-ending Extended Essay: UWC Alumnus on his way to curing Parkinson’s Disease 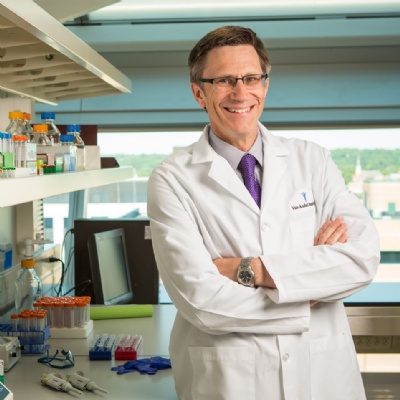 Patrik Brundin, M.D., Ph.D. (UWC Atlantic College, 1978-1980) is a Swedish neuroscientist specialising in Parkinson’s disease, and one of the top-cited scientists his field. Among other responsibilities, he is the Associate Director of Research at the Van Andel Research Institute in the U.S., and Director of its Center for Neurodegenerative Science.

Patrik’s striving for a cure for Parkinson’s started from a young age. When Patrik was 12 years old, his father was diagnosed with the progressive neurological disease, resulting in loss of voluntary movement. It was only a few years later that Patrik wrote his first academic paper on the disease - his Extended Essay (EE) at UWC Atlantic College as part of the IB Diploma Programme. Using the background knowledge that miners exposed to manganese can develop a Parkinson-like condition, he studied the effects of manganese poisoning on the brain function of rats.

Looking back, he says that UWC reinforced in him the resilience to work in a field where so much is yet to be discovered - and that it taught him to never take no for an answer. As a matter of fact, he says: “I never stopped doing my Extended Essay, I’m just expanding on it every day”.

The last paragraph of Patrik’s EE was titled A Look into The Future, discussing possible brain tissue transplants to restore function lost to disease progression. “Little did I know that a year later, in my second term of medical school, I would be joining a team that performed the first clinical brain tissue transplant trial in Parkinson’s disease”, he adds. Patrik went on to present his thesis on this topic in 1988, and even nowadays is working on the clinical development of the usage of induced pluripotent stem cells as a direct continuation of his thesis. “I am still doing the same things, just with slightly more modern approaches”, he says.

Even after completing his Bachelor’s of Science in Medicine in 1983, followed by a Ph.D. in Medicine in 1988 and an M.D. in 1992, he emphasizes that UWC served as a beacon of light throughout the different stages of his career. Regularly reflecting on what it means to be part of the UWC movement and its intrinsic values has influenced Patrik’s life significantly.

“The training and education I received at UWC Atlantic College is something I refer back to often”, he explains, quoting important life lessons his teachers shared with him, and going on to share how UWC meant so much more than that: “My teachers instilled a joy of learning in me, emotionally motivating us through engaging classroom experiences”. Fondly, he recounts exploding water taps and pants that caught on fire during science classes, anecdotes that stuck with Patrik throughout the years and that inspire him to keep searching for a cure.

When asked what makes him jump out of bed in the morning and what keeps him awake at night, he offers endearingly practical answers: “Our dog wakes me up in the mornings and nothing keeps me awake at night”, Patrik replies with an earnest laugh. “I am so tired that I fall right asleep - my life as a neuroscientist, father of young children and UWCer is filled with so many exciting moments that I have no energy left at night to keep me awake worrying”.

Just last week, Patrik’s research team published a pioneering article that shows that removing the appendix early in life is associated with reduced risk of developing Parkinson’s disease many decades later, suggesting that this part of the gut is somehow involved in triggering the disease. Patrik’s research is offering us new insights into mysteries of a disease that has yet to be cured.