Climate Crisis: The Role of the UWC Educator 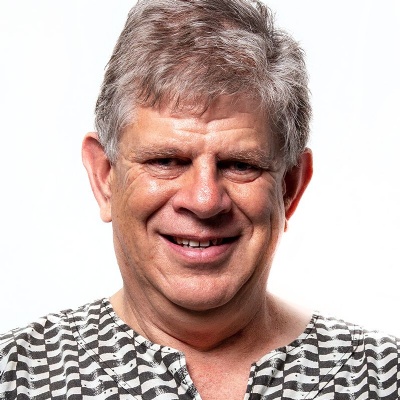 UWC Robert Bosch College is five years old! In the bigger scheme of things five years is not very long. Yet already 400 students have graduated from “RBC”, their lives deeply enriched through this opportunity. Another 200 students currently are on an intense two-year journey, learning, living and serving in a context that, I sense, profoundly shapes their outlook.
RBC has been fortunate in its foundation. In a physical sense the campus is both historic and gorgeous, and Freiburg is a wonderful and appropriate host city. In a financial sense, our donors including Land Baden Württemberg, B. Braun Melsungen AG and with the bedrock support of the Robert Bosch Stiftung create a remarkable opportunity – every student is selected without reference to their financial background. This allows RBC to create a deliberately diverse community generation by student generation without looking over our shoulders towards parental revenue. RBC has been fortunate in its staffing: as an example, of the 23 “student-aligned” people employed at the start of the school (not all full-time), 17 remain after five years. The founding staff brought together experiences and ideas from all the UWCs that had opened before RBC, and experiences and ideas also from other schools. Over the five years RBC has moved from feeling a bit like a “bolt-together” UWC to a school with its own evolving way of doing things and of “being”. And RBC has been fortunate in its students: almost without exception students who have not only committed to their own individual progress and future but also have embraced their opportunities and responsibilities, starting in building community.
UWC Robert Bosch College was founded as a UWC with a particular emphasis on sustainability. This also is reflected in the construction of new and the renovation of old buildings, in context done to a very high energy efficiency. There was a huge focus on environmental sustainability leading into the 2015 COP 21 in Paris, and RBC student Selina Leem spoke powerfully and movingly at the closing plenary session, urging nations to commit to actions that would limit global warming to 1,5% above pre-industrial times. 2015 also was the year that Germany welcomed a million refugees, bringing an urgency of attention that perhaps eclipsed that of the slowly unfolding climate changes. Now in 2019, scientists and others speak of a Climate Crisis. A crisis surely demands that we cannot continue as if all is normal, even though for most of us (in Germany) it is a crisis that does not yet impinge in an obvious way on our daily lives. Herein lie deep dilemmas for schools in their responsible role of educating young people. In my view, schools have to work on the assumption that there is a future for humanity, even though this would be significantly different from the present. Human society will continue to need a wide range of high-level human skills. The nature of climate and the climate crisis as such cannot be addressed effectively in national isolation. Humanity will not be able to address the climate crisis, survive and thrive if it reverts to clustering in pockets of national or ethnic or religious isolation. Neither will humanity survive and thrive if it abandons educating young people to the highest possible standards. Accordingly, there remains a vital educational role for schools like UWC Robert Bosch College, schools bringing together students from a wide range of backgrounds representing the tensions between, within, and overarching nations, ethnicities, religions and all those constructs that divide humanity.
As UWC Robert Bosch College enters its 6th year, the current educational thrust at the school around environmental sustainability is: measure the school’s carbon footprint (in a dynamic fashion), consciously plan to reduce this by X% p.a. (X still to be determined, and up to what overall level of carbon emissions per student?), offset the remaining emissions, and educate ourselves in the process.
As Rektor, I feel honoured to Head a school where students (and adults) are encouraged to think more carefully on a wide range of ethical situations and to exercise their developing consciences (with both courage and prudence) into these situations. As Rektor I understand that for some, even for many or most, this could involve engagement with pressure groups such as Fridays for Future. For others, a deep and uninterrupted focus on their academic responsibilities can be an appropriate ethical decision. What as Rektor I ask of the UWC Robert Bosch community is: an exercise in conscience, person by person, rather than a particular set of actions or alignment with particular organizations. What increasingly is beyond doubt is that the status quo in global carbon emissions cannot be allowed to continue, and that personal acts such as switching of unneeded electric lights or not drinking through plastic straws – will not in themselves achieve the changes that are needed.