Dancing in the Dark at UWC Dilijan

Jason Lasky is an IB DP Theatre, ToK and Literature and Performance teacher at UWC Dilijan. He is in his 13th year of international teaching with an M.Ed. in IB Education and an MFA in Writing for Stage and Screen. He is the co-founder of the international theatre company, J. Lasky Productions, alongside the Shanghai Soundpainting Ensemble and the Armenian Soundpainting ensemble. Jason has written, directed, produced, and acted in plays in the UK, the US, Russia, China, Kenya, and Armenia. Below, he shares with us his experiences at UWC Dilijan of introducing his students to his own movement-based philosophy: Dancing in the Dark. 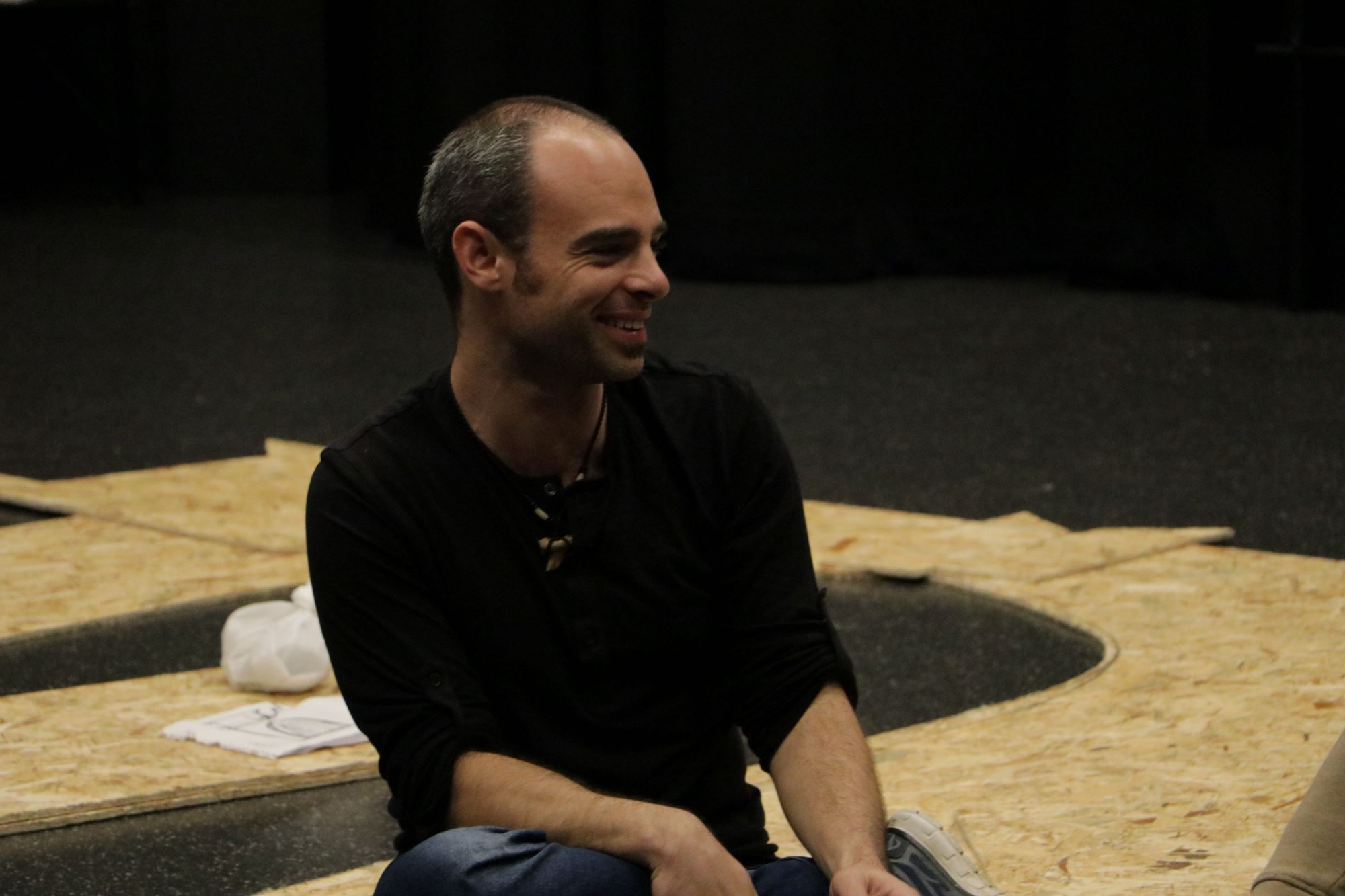 Once upon a time, in 2012, I was a graduate student attending the Actors Studio Drama School at Pace University in New York City. My movement teacher introduced us to a wide array of exercises during that first Fall term. Among them was the Billingsley Movement Series, which I have taught to my students over the last five terms at UWC Dilijan. It’s a whole body experience, focusing in a major way on the health of the spine, which is the protective case of the central nervous system- the actor’s most important tool.

Another exercise which I have expanded upon has become something of a cornerstone of my theatre teaching practice. Inaptly named “Dancing in the Dark” as it is more a movement-based philosophy than strictly “dance” it provides a platform for a) confronting and neutralizing self-censorship of the physical body, b) having physical conversations with music wherein the music is channeled through the body in an impulsive fashion, c) team-building on a more subconscious level.

It works best in a big dark space, like my school’s Black Box Theatre. And it works REALLY well with a loud sound system, which the BBT happens to house. The range of music and sounds vary from watery currents to screeching guitars, from melodic jazz to industrial sounds, and the participants engage with the auditory inputs with the intention of following their natural physical impulses fully while consciously looking to break any kind of normalized and internalized patterns that their bodies have grown accustomed to owing to socialized rules of public behavior. At the conclusion of the “dance” session, students sit together and give feedback about their experiences and what kinds of moments stood out for them during their journey, be it physical, mental, emotional, or spiritual. 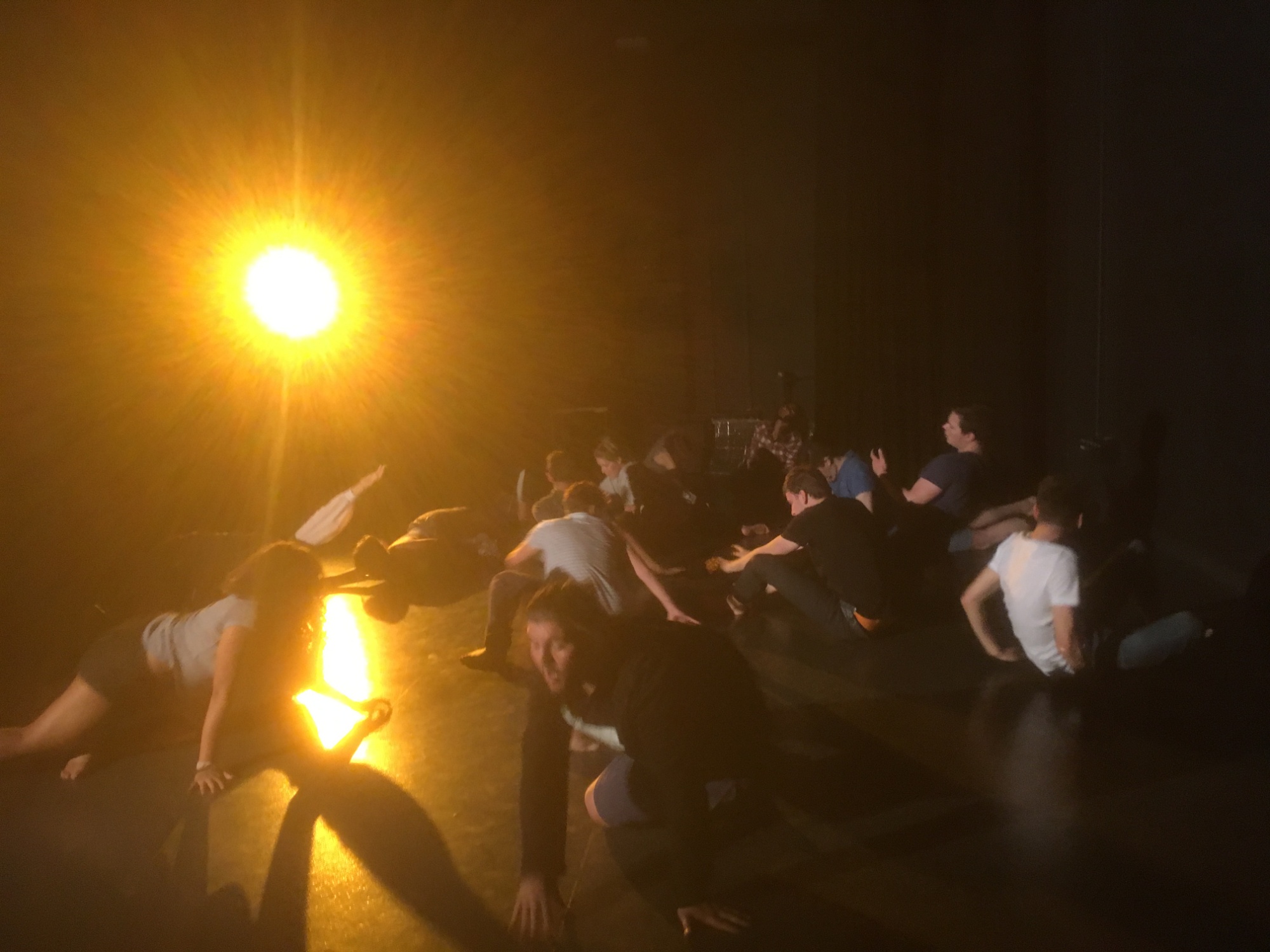 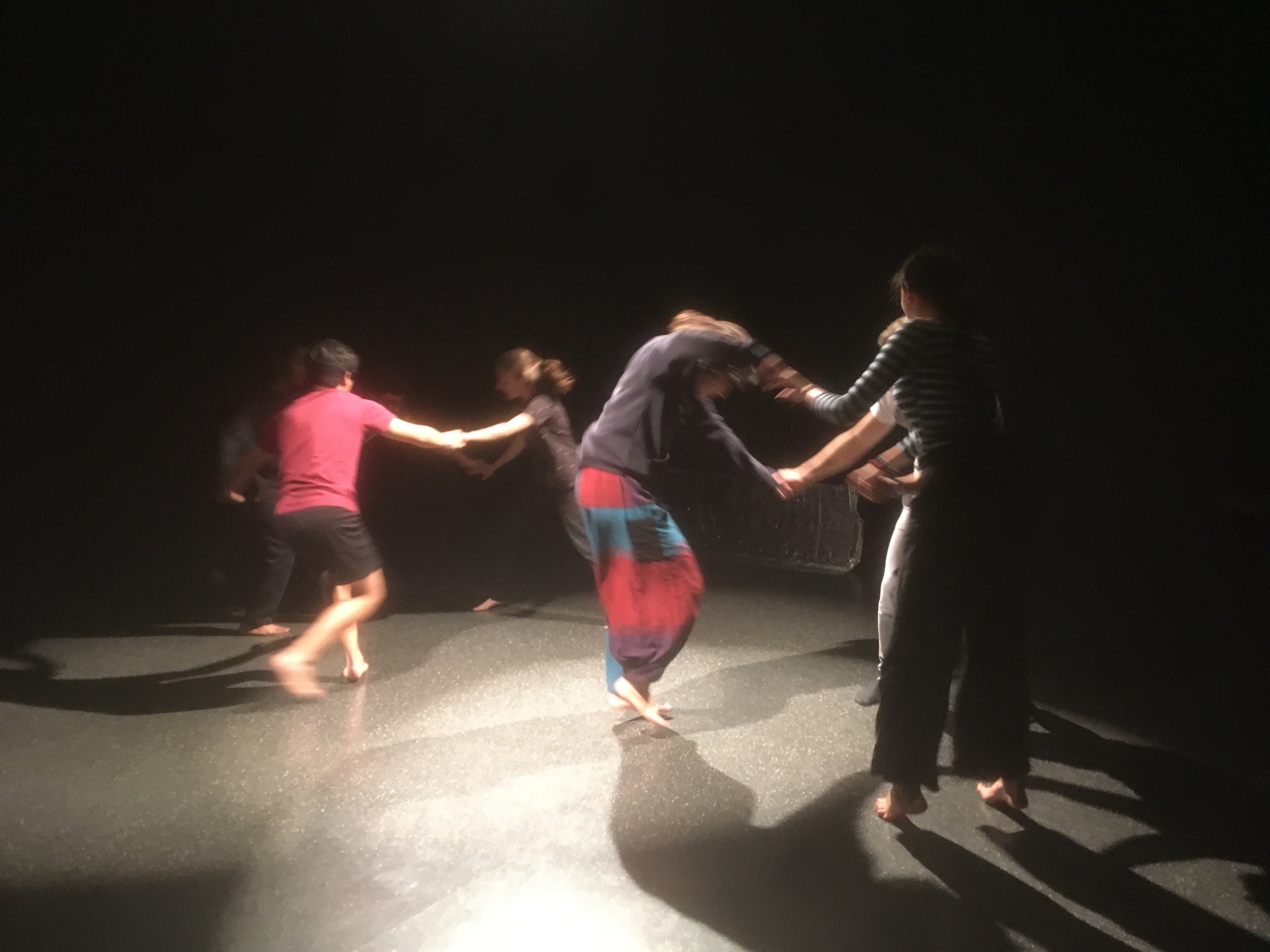 In every subsequent session, I vary the sounds that the students react to, and what I’ve found as the general consensus in the following feedback sessions is an increasing sense of “letting go” and “connecting,” whereby one has actualized the embodiment, the very feeling, of an individual sense of freedom while at the same time forming a host of new relationships with those others that have been present during the session. An energized, albeit sweaty, person emerges from a session with a new sense of “self” and “other.”

Recently, a group of six visiting university-aged entrepreneurs joined my DP2 students during their Dancing in the Dark, and demonstrated the transferability of these experiences to wider groups of people. Four of the young men participated from the start while the other two observed, and later on a fifth member felt compelled to join in. I observed their interactions with each other and with my Theatre students, and by the end, in addition to their gratitude and smiles, they all concluded that they had come to a different understanding about their relationship with one another on a more subconscious level, wherein they had partnered during the dance in a physical way that went beyond their daily interactions. They also said that going through this kind of session had sparked in them questions about their relationships with their bodies and their minds. What was gratifying for me personally was that my students and these visitors interacted on a level of play and comfort with each other during the session that revealed that this kind of work allows for an organic shift to happen in the nature of what we define as “personal boundaries” and “personal space,” and a new bond is capable of forming that can have a lasting impact.