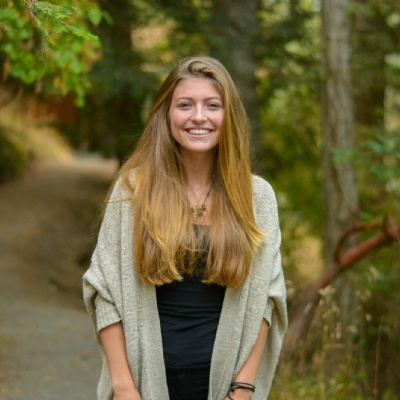 Merit is from a town close to Freiburg in southern Germany and she loves to debate. She has competed in debate competitions since the age of 12.

Before coming to UWC and Pearson College, she tutored students in French and English, founded and chaired an Amnesty International Youth group in her hometown and did an internship in European Parliament in Brussels, where she raised awareness about the lack of animal rights.

At Pearson College UWC her favourite subjects are Philosophy, English and Economics. Volunteerism and social justice are close to Merit’s heart: during project week 2018, she volunteered with a local organic farm, volunteered with a  local wildlife rehab centre for her CAS activity, co-organized TEDxPearsonCollege 2018, is the Leader and Founder of Rights and Justice CAS and worked with the UWC International Office for her Extended Home Service Project.

She also supported Pearson’s Advancement and External Relations team as her student job, where she made thank you calls to donors among many other things. This knowledge led her to become the fundraising coordinator for the 2017-2018 Student Yearbook.

"Pearson College and UWC is a dream come true that shows me everyday how important intercultural understanding is. At Pearson, no one is ever alone; the community is not just peers but family."