From Politics to Periods: Working in International Menstrual Health 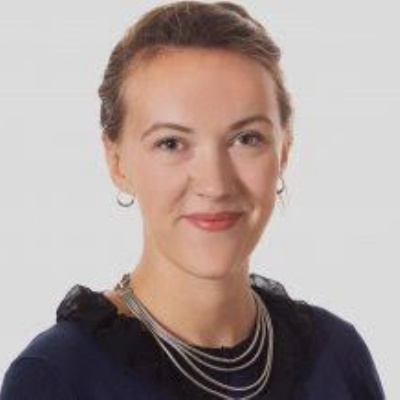 Alethea Osborne (Scotland, UWC Atlantic College 2007-2009) has lived in Zambia, Jordan and the West Bank, while supporting projects across the Middle East, Sub-Saharan Africa and South Asia. She currently lives in Kenya, where she works as a strategic advisor and project manager focused on Sexual and Reproductive Health, with a specialisation in Menstrual Health.

Upon graduating from UWC, Alethea studied Middle East Studies at both the undergraduate and postgraduate level. While pursuing her degrees, she also became increasingly involved in activism around the ’tampon tax’ in the UK and the abortion vote in Ireland. As a result, issues around women’s health and access started to make their way into Alethea’s academic life - she ended up (“much to the confusion of my all-male department,” she says) writing her MPhil thesis on menstrual taboos in Jordan.

After graduating from Oxford University, Alethea worked in Jordan for a think tank focusing on youth and gender elements of countering violent extremism. However, her passion for women’s health and reproductive rights never faded and in 2018 she decided to make a move - both professionally and physically - to pursue that passion. Driven to overcome the everyday injustice of women across the world being unable to access information and services for their own bodies, Alethea is now based in Kenya working in reproductive health. She says she “absolutely loves” her work: “I am learning all the time and am more obsessive than ever about the importance of reproductive health and rights for all.”

Alethea says her decision to break away from the field of political science in order to pursue women’s health was seen by many, including herself, as a bad decision in terms of job prospects and a clear career path. The same could have been said for her decision to leave the think tank job in Jordan. However, says Alethea, she has slowly learned to trust her instincts - and that “crucially, you will always be better at a job if you really care about it.”

The sense of community Alethea found through UWC has stayed with her throughout the years since graduation. “Wherever I have lived in the world, UWC people have always turned up,” she says. “There is always a common curiosity about the world which can be deeply comforting. I am currently part of a feminist book club in Nairobi all because another ex-AC student mentioned it to me.”

The UWC experience has also had an even bigger impact on the course of Alethea’s life and career. If it hadn’t been for UWC, she says, she probably never would have gone to the West Bank (she visited during a UWC Project Week), which was her initial experience of travelling to the region. “This turned out to be one of the most important factors in my future academic decisions and experience of living and working abroad. UWC also began conversations about identity and gender which I am still having to this day.”