From Activist to CEO: Cicely's Journey Following the UWC Mission 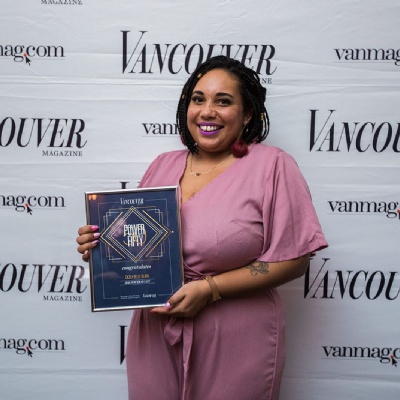 Cicely Blain graduated from UWC Maastricht in 2012. They are an activist and renowned social justice advocate, today running their own consulting firm on diversity, inclusion and equality, for which they have won a number of awards and were included in the 2018 Power 50 list by Vancouver Magazine. In this story, Cicely shares with us how their commitment to justice, peace and positive change brought them from UWC to the world of activism and then to starting their own business.

I attended UWC Maastricht as a ‘day student’ - I was not selected by a national committee and arrived at the school with little knowledge of the UWC values and purpose. At first, I really struggled to fit in because I came to care so much about what it meant to be a UWC student but I was not accepted by many who thought a day student could never be ‘UWC enough’.

Eventually, I found my place and became immersed in UWC values. I’ve always been committed to justice, peace and positive change and so it was serendipitous that I found myself at the perfect school to foster those passions and enhance my leadership skills. I did not apply in the traditional way, but I still ended up in the right place. UWC and I were meant to be. I knew that I would go on to continue living the UWC mission for many years!

After graduating, I was awarded the International Leader of Tomorrow scholarship at the University of British Columbia in Vancouver, Canada. This scholarship further fueled my passion for justice and I soon found myself part of numerous clubs and initiatives to make campus and the wider city a more inclusive and equitable place for all.

After I left UBC, I founded Black Lives Matter 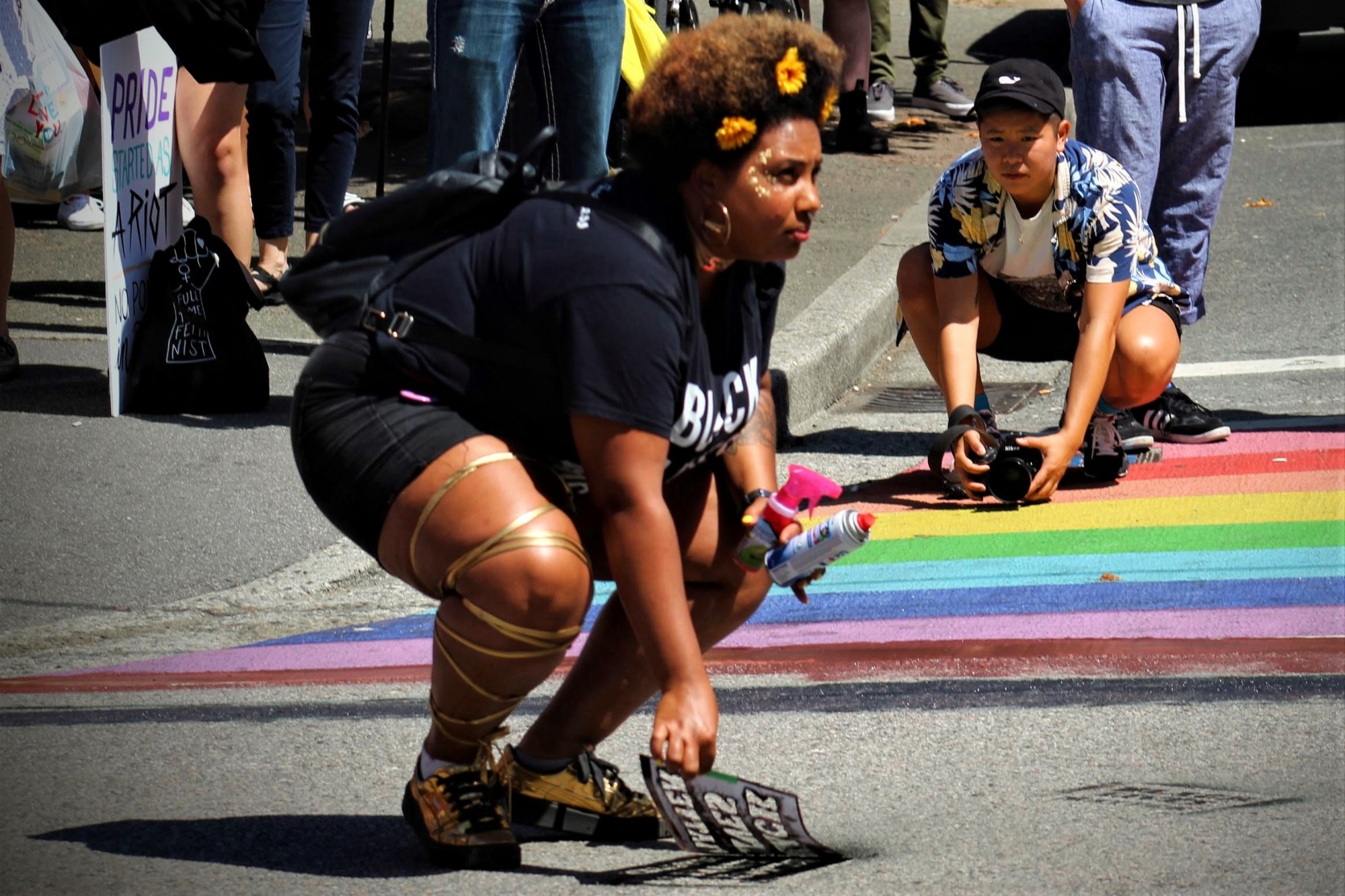 Vancouver - Canada’s second chapter of the global Black liberation network that was started in 2013 after the unjust murder of Trayvon Martin. I knew activism was my calling and felt motivated by the community around me pushing for change in local and global politics, especially in addressing racism and anti-Blackness in our communities.

I also became a youth worker at a provincial non-profit where I supported LGBTQ+ youth to navigate systems, find community and reach their potential. A big part of my role was facilitating workshops on LGBTQ+ identity and supporting schools in combating homophobia. Facilitating workshops was where I truly thrived; I felt - and still feel - so alive educating people on important social justice topics and creating safe spaces for people to have meaningful dialogue.

These two pieces of my work truly formed my mission in life and as I became more and more entrenched in social justice advocacy, my work reached more and more people. I was named in articles such as ‘The Coolest People Who Call Vancouver Home’ and ‘9 Vancouver Activists the World Should Know More About’ and won a Youth Leadership Award in Social Movement Building. I even got the opportunity to travel to Ecuador and speak at the United Nations summit on LGBTQ+ inclusion! I was living both the mission and the dream!

But it’s not all sunshine and roses - activism is hard and began to really take a toll on my mental health (and physical safety). I was constantly in the public eye, being vilified by the media and targeted by bigots. I left my job and moved back to Maastricht to live with my parents (I even ended up working at UWC Maastricht for a few months and facilitating critical engagement at UWC Atlantic).

I used the time to refocus my goals and figure out what I wanted to do next. I applied for a bunch of jobs but found it really hard to summarize my experience and achievements in a way that was appealing to employers. A few days before I was set to return to Vancouver, the idea came to me: what if I started my own consulting business?

I wrote a short business plan and showed it to my grandmother who agreed to give me a bit of money to get started (thanks, Nana!), made a logo on Canva, watched website-making tutorials on YouTube and Cicely Blain Consulting was born.

To be honest, I didn’t even know what a diversity and inclusion consulting company actually was but I knew that I wanted to continue to fuse my activism and social justice knowledge into helping people have safe, inclusive and fulfilling experiences at work or in their community. 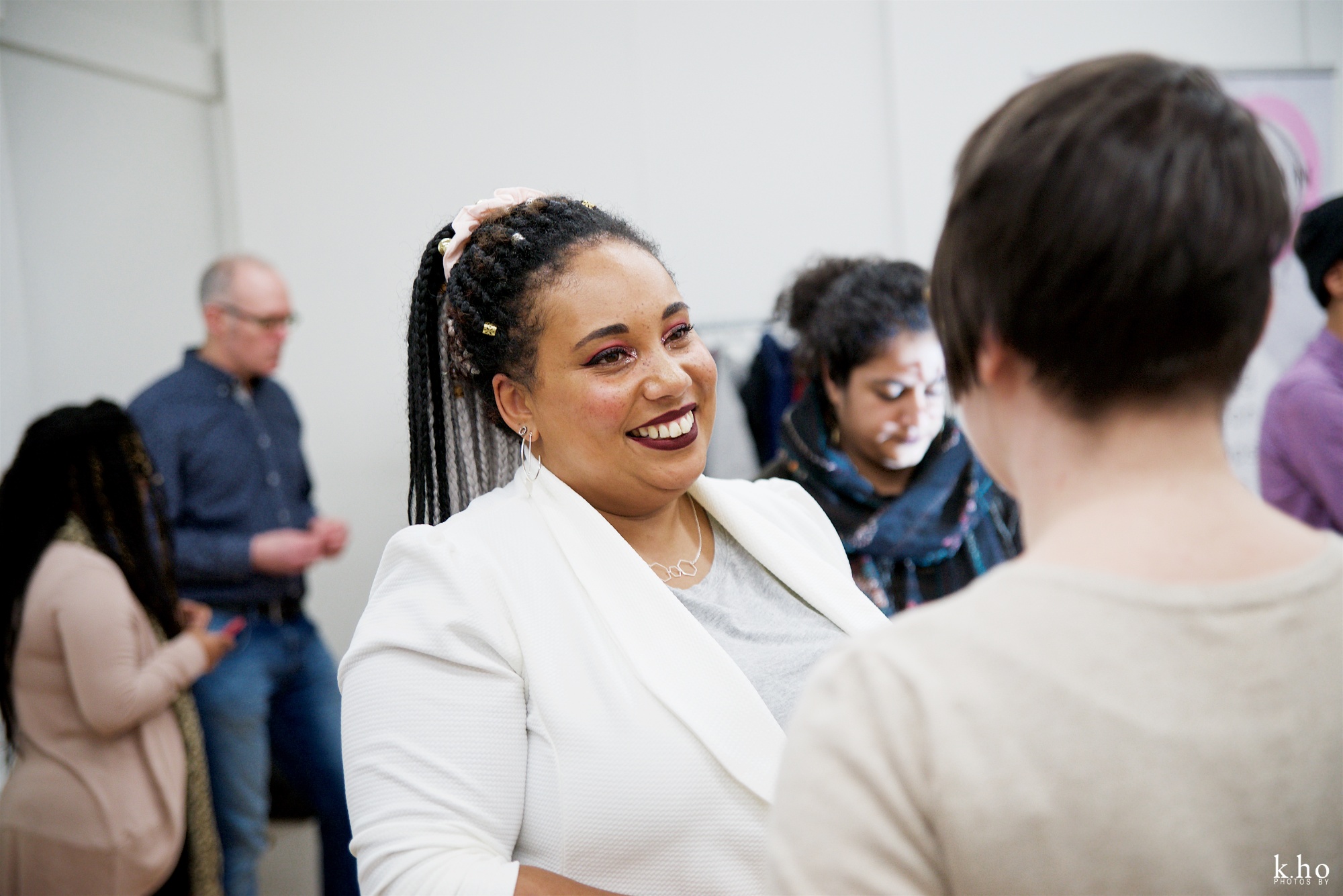 Almost two years later, I’ve hired 10+ people (some temporarily), worked with over 100 clients across four continents, reaching as far as Senegal and South Korea and  organised one of the biggest diversity and inclusion conferences in the province (it’s now virtual so anyone can attend - check it out at www.welcometostratagem.com!). I’ve been listed as one of Vancouver’s most powerful people, BC Business’s 30 under 30 and a finalist for Canadian LGBTQ+ Young Entrepreneur of the Year.

Although I’m proud of the achievements and accolades, I am most proud to be living the UWC mission by educating people for a better, more inclusive and more liberated world. I am so grateful to my communities, past and present, who have believed in me and believed in the work that I do. The most amazing thing about my business is that I have never paid for marketing for my consulting work - it’s entirely word of mouth and that really speaks volumes about how kind, compassionate and trusting people around me are!

Fighting for justice is truly my passion and my purpose in life - whether that’s out on the streets as an activist or in boardrooms training people to interrogate their biases - and I am grateful for the UWC experience that truly gave me the foundation for who I am becoming.

You can hear more from Cicely in their UWC Unlocked Talk on "UWC as a Platform for Equity, Justice and Liberation" on the UWC Hub.