How Michelle YuXin Wang from China and Antek Hasiura from Poland, both in the Class of 2020 at UWC Mostar, are adding a personal touch to foreign news headlines.

“Studying here at UWC Mostar in Bosnia and Herzegovina with 200+ students and staff from more than 90 countries in the world, we are exposed to stories from every corner of the world, every second of the day. And from the most authentic sources - how many people can say they learnt about what happened in Syria in 2011 from someone that was standing on the balcony, watching the protests unfurl? Yet, so many of these stories easily got lost in conversations, and there was no platform for releasing them out into the wider world. We believe in the power of media and that it is capable of sharing the universality of the UWC values: thus we are making this podcast, to record those fascinating stories, and share them with you, the world.”
The resulting podcast is titled “Bridge of Stories”. It has the aim of bridging stories from all around the world together to promote peace and understanding, just as the famous Old Bridge in Mostar intended to. Since launching the podcast earlier this year, they have recorded 16 episodes covering stories from all around the world, past and present, from the legacy of World War II in Austria to the first ever Pride parade in Sarajevo.

When asked about the impact that the UWC experience has 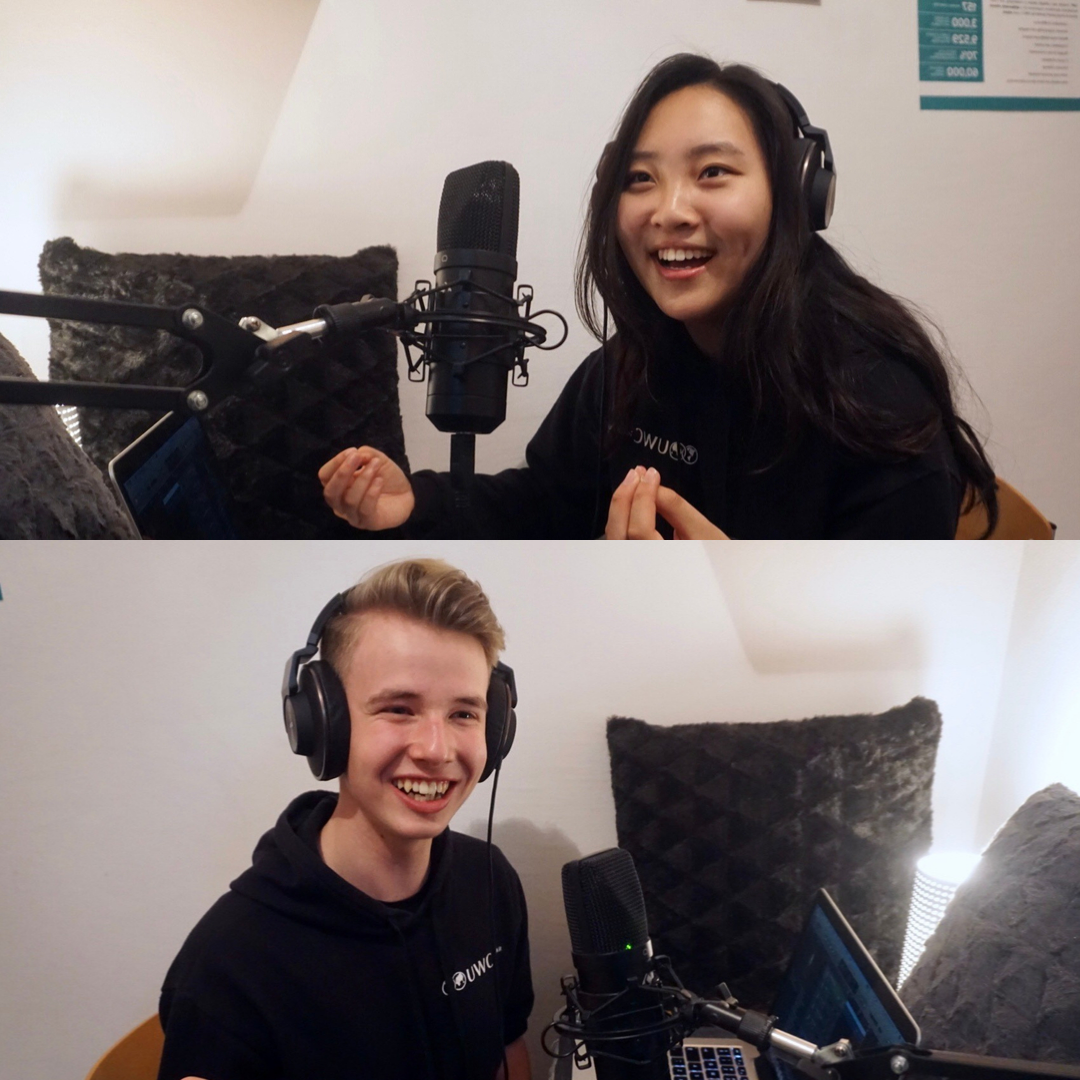 had on Michelle and Antek, the access it has allowed them to the diverse lives and experiences of their fellow students at UWC Mostar, and the opportunities for growth that this provides on a daily basis, has been the greatest take-away for both. And it is this experience which they are sharing with the listeners of their podcast, by adding a personal twist to current affairs that usually only reach us in abstract form, clouded by the distance that lies between the journalists reporting on events and the countries affected by them:

“Every week, we invite people from different corners of the world to talk about issues happening in their countries. Every episode, we learn something different, and we hope our audience does too. If we take the example of the episode with our Venezuelan co-year, who told us how back home they cannot find milk in the supermarket, how his family survived a week with absolutely no electricity, and how highly-educated school teachers are even fleeing to earn money as prostitutes. Or then there was the episode with Engy from Syria, who described the bombs that formed the backdrop to her hometown and how a mere two hours after an attack, people would return to the site, determined to start living again. Hearing about headline news from those directly affected allows you to debunk your assumptions and shifts your perspective. In a time where we are confronted by a constant influx of information from tons of media sources on a daily basis, we felt it was time to give the public a media platform that offers them a chance to hear from the most original voices.” 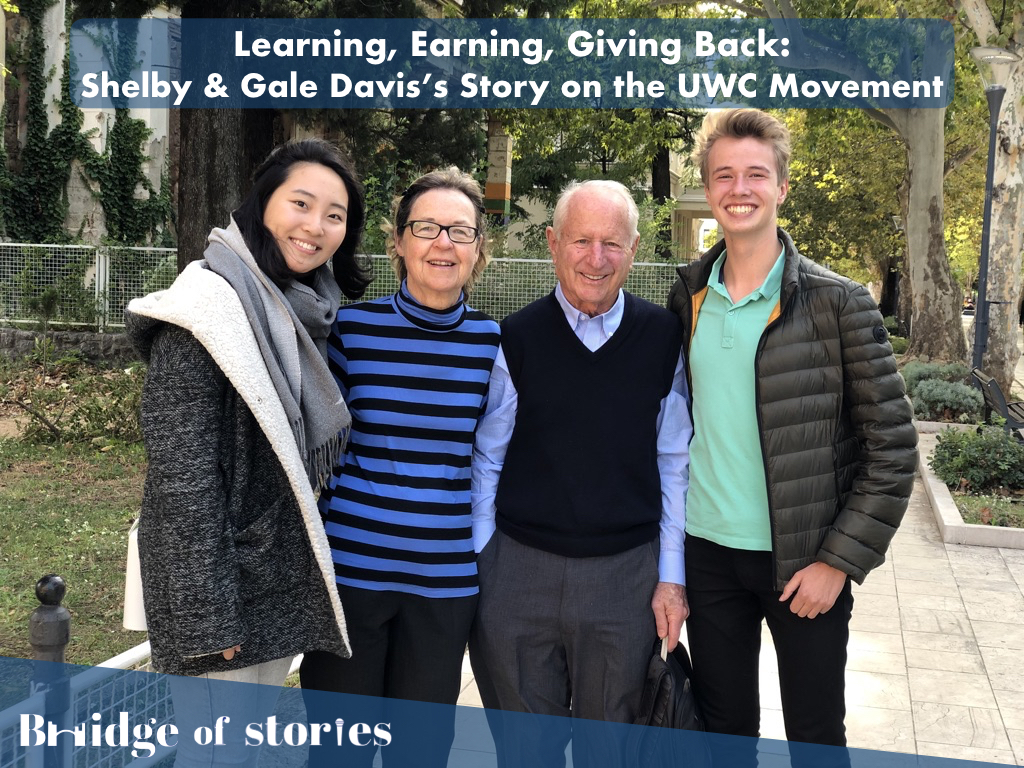 Although UWC students remain the dominant voice that is represented on the podcast, in recent episodes the team have also interviewed Dr. Pilvi Tost (UWC Adriatic, 1993-1995) from Finland, who is the Chair of the Education in Action Foundation and one of the founders of the United World College school in Bosnia and Herzegovina, the celebrated psychologist Professor Robert Bor on his work on mental health and major UWC patrons, Shelby and Gale Davis.

While reflecting on the lessons “Bridge of Stories” has taught them so far, Antek and Michelle agree that it prompted them to ask “what exactly are the implications of international relations and what kind of roles do the young generations and UWC play in these complex issues?” And the answer they have arrived at is: “We inspire. All our interviewees stated how they are inspired by the UWC movement, a movement that gave them a chance to embrace the outside world.”

It is this sense of inspiration that Michelle and Antek want to share with you, their listeners, as well as future generations of UWC Mostar students to ensure that the podcast, and the bridges that it builds between the stories from far-flung corners of the world, can have long-lasting effects.

You can listen to past and future episodes of the “Bridge of Stories” podcast on their Facebook page, Spotify, Apple Podcasts, Google Podcasts, Overcast, Anchor, Breaker, Pocket Casts and Radio Public.