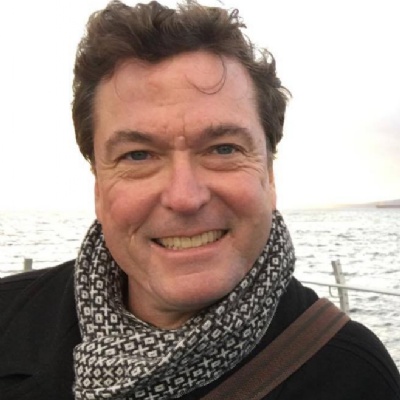 Adam Jones (UWCSEA 1979-1981) is a Professor of Political Science at the University of British Columbia’s Okanagan campus, where he teaches genocide studies, human rights, mass media, gender and international relations. His extensive research has placed him among thought leaders in the field of gender, violence and development - and he spoke to UWC about his work, its impact and how UWC shaped him as a global citizen:

"If there was a moment that crystallized my concern with gender issues, it was the massacre of 14 young women at the École Polytechnique in Montreal on December 6, 1989. I was living in Montreal at the time, about three months into my Master’s programme at McGill University. The killer was a sociopathic young man who blamed women and feminism for denying him his due place in the university and in life. It remains the worst mass murder in Canadian history. It utterly traumatized the population of Montreal, and indeed the entire country. I was among the hundreds of thousands of people who lined up in the cold to file past the coffins of the victims. It brought home to me the profound gendered vulnerabilities of women, at a time when violence against women was moving to the forefront of societal concerns. But as I pondered the massacre, in which the women were systematically separated from male students before being killed, I realised that historically, such gender-selective mass murder was more typically directed against males – especially men and boys of a perceived ‘battle age’. And it struck me that this and other forms of ‘gendercidal’ killing had never really been studied in a serious and gender-inclusive way, including their institutional manifestations: female infanticide, say, or the conscription of men for genocidal forced labour. The result, eventually, was my online project Gendercide Watch, which includes a case-study of the Montreal Massacre (see here), and a host of related essays, journal articles, and books.

Gender has remained prominent in my research, writing, and teaching, but as one of several core themes. I also focus on genocide and human-rights issues more broadly; the politics of the Global South; mass media and political transition; and the visual and creative arts, notably photography and cinema. I think of my approach as “intellectual crop rotation.” I have a range of interests that I move among, sometimes leaving them to lie fallow for a while, so I can gain new insights and contribute something fresh.

If UWCSEA had a foundational impact on my thinking about gender, I’d say it went along with the experience of living in residence with students from dozens of different cultures and nationalities, the breadth of the International Baccalaureate curriculum, and the chance to travel widely in the region surrounding Singapore. This woke me up to the wider world. It would never occur to me, subsequently, to frame my work on gender (or any other major issue) in a narrow, limited, and ethnocentric way. UWCSEA formed me as a global citizen, and I’ve never looked back. That includes my work on genocide and crimes against humanity, also. I was able to publish a wide-ranging and comprehensive textbook on genocide because I received a wide-ranging and comprehensive training, and cultural immersion, at UWCSEA.

On a personal and moral level, I’ve always – since childhood – felt an affinity with the underdog, and with excluded or marginalized individuals and populations. I think that’s what still gets me up in the morning. In my research and advocacy efforts around gender, it has meant that I’m fundamentally respectful towards women, concerned about their suffering and victimization, and accepting of many of the core feminist precepts and prescriptions. But it also meant that I wanted to ask searching questions about the place of men and boys in the analysis and the humanitarian equation. Some of them had never been asked before, or inserted in the discussion in a meaningful way. A quarter of a century after that effort began in the wake of the Montreal Massacre, I can see that I’ve influenced scholars, students, and activists around the world, who are now making their own diverse contributions. That’s enormously gratifying, particularly since the endeavour was a rather lonely one at times. I received quite a bit of pushback from feminist scholars who were sceptical of my views and motives. Eventually, they started to invite me to their conferences instead, and I found a place in that community.

What keeps me awake at night? Rather a lot, these days. We’ve made important advances on the gender front, especially with regard to the rights and security of women and girls. But some highly retrograde gender messages are part-and-parcel of the populist resurgence, whether in Europe or Asia or the Americas. The forces of hatred, reaction, and xenophobia, which I naively thought were on the way out, seem to be staging a comeback. And of course environmental sustainability seems very shaky in the face of climate change and resource depletion. It all serves as a reminder that we should never take progress for granted, in the human-rights sphere or elsewhere. I worry about the world my generation and my elders are leaving for today’s UWCSEA students and graduates. At the same time, I think it’s a world in which human-rights causes, including gender equality, are winning great and inspiring victories. There’s much to feel hopeful about."