Kurt Hahn, founder of UWC, had a vision for education that prepared young people for life, not just for university, and that fostered trust in their capacity to take real responsibility, make good decisions and look after each other. With this in mind, a group of students from UWC Mahindra College set out on an extraordinary expedition in the Himalayas this summer. Breaking all previous records, they summited three peaks in Ladakh of 6280m, 6250m, 6150m over 18 days, while being unsupported and having to rely only on each other in an authentically challenging environment.

Currently in her second year at UWC Mahindra College, Phoebe was one of the two students leading the expedition. In a heartfelt letter, she told us about this adventure and how pushing your limits through extreme situations, like the ones the outdoors provide, can lead to discover more about yourself than you could ever imagine.

I thought a lot about one question on the Himalayan expedition. Why? Often, I demanded an answer from myself, searching for meaning behind the suffering. “Why?” I asked myself, 4 hours deep into a 7-hour trek with feet burning, hips bruised from my heavy pack and the hard ground. “WHY?” I asked myself, trying to avoid banging my shivering fingers while forcing tent pegs into a bed of rocks at the ABC of our first mountain. Sometimes, I found answers, like when Clara and I sat on boulders and watched the sun and the wind blow in Nimaling. I know I found an answer at the summit of Stok Kangri, hugging my team members, crying with joy and relief and pride in the incredible feat we accomplished. 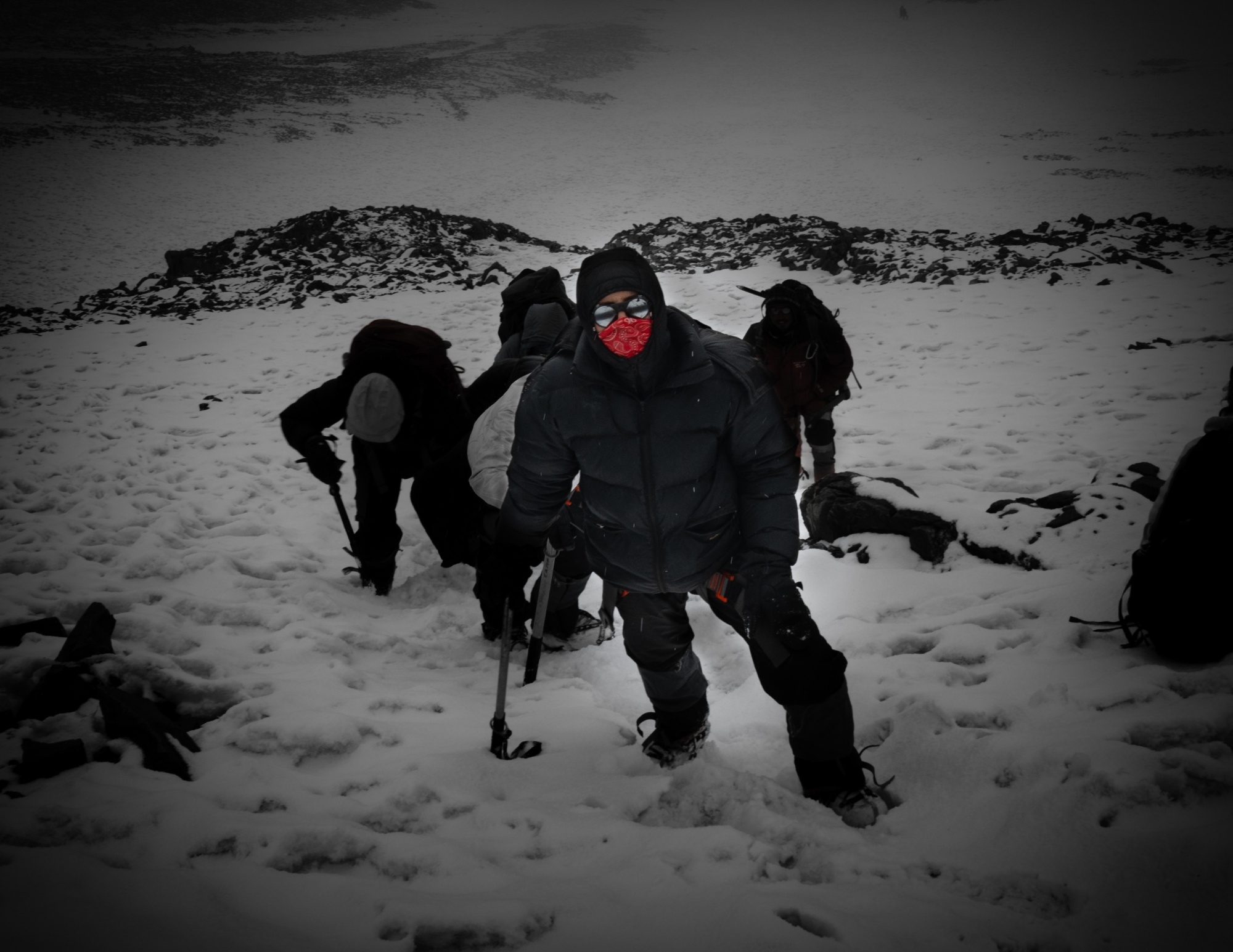 The outdoors allows us to explore, experience and challenge our limits, as we are given the opportunity to push ourselves in ways that are just not possible indoors. On the expedition, we had to walk an average of 5 hours a day, carry everything we needed to cook, clean, set up tents and more. Regardless of whether or not this appears daunting to you, the simple truth is that you don’t know what you’re capable of until you try.

One of them is by pushing you into extreme situations, forcing you to confront and feel extremes in emotions. The fatigue of having walked through the night for 16 hours, ascending (and then descending) over 6000 meters. The sharpness of the air, combined with the scenery, combined with the fear you are fighting off with a determination to succeed. The pure bliss of finally, finally summiting. We live so much of our lives in the middle, operating on muscle memory, the comfort of routine protecting us against cutting ourselves on our rough edges that we never find out who we are when standing on the brink of our emotional cliff. But that is what climbing mountains does for us; it reveals to us that we are capable of much greater feats than we ever could have imagined, leaving us with an insatiable desire to do it again, and again and again. One of the hikers described the parallel between being tied together by a rope during an ascent and connected through a bond that cannot be broken. This ties into an essential aspect of outdoor education: the development of compassion towards ourselves and those who surround us. On the expedition, our responsibility towards each other went deeper than dishwashing duty. We learned how to support each other when we were at our most vulnerable, practised balancing when to encourage fighting off pain and when to help them sit down and rest. The compassion we had for each other made us all stronger and ultimately allowed us to accomplish a great feat. One student put it quite simply, “I had very little faith in myself and didn’t believe in myself to reach the top, but my other members said of course you can, and I ended up doing it.” In this sense, the outdoor education was also providing emotional education, specifically on the power and importance of compassion, which Kurt Hahn considers a “foremost task”. 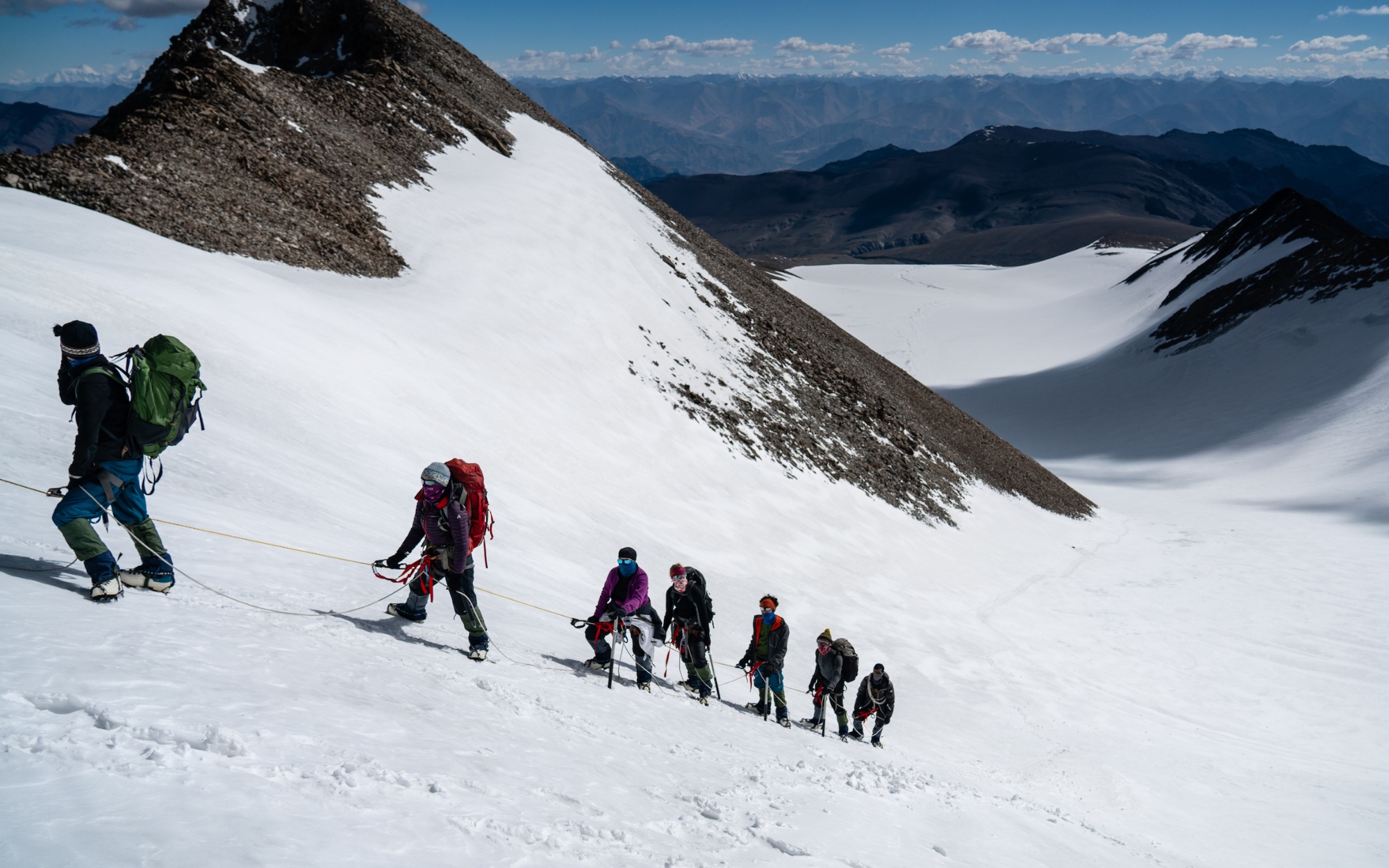 UWC believes that education should include the “development of character as well as intellect”. While the luxuries of home are often exaggerated when at school, comfort is something that we are initially left longing for on an expedition. While in the mountains, the whole student team, at one point or another, talked about missing food, and I can almost guarantee that everyone secretly (or not-so-secretly) hated the cold and wished for another 5 degrees. However, that which we may first be forced to endure (cold, bad food, no shower) later, after some experience, learn to enjoy or even relish in. We discover what we can live without (a mattress, more than four pairs of socks) and what we need to survive (each other). More importantly, we learn to rise above the minor discomforts in the name of a higher, collective goal, and the tough skin we develop gives our minds the power to continue days after our bodies give up. Over the course of three weeks, we became stronger, more resilient, more grateful versions of ourselves.

I had the opportunity to lead many of these trips throughout my two years at UWC. With this came the chance to witness what happens to young people when they are handed real responsibility. To see what happens when they are told “you are needed”, to see how youth who are so often told they are lazy or apathetic become bright, engaged and focused. Seeing oneself not as an individual, but rather as a critical member in a team fighting for a greater goal impacts the way interact with others and yourself. Best of all, this impact does not fade when you leave the situation. Rather, you begin to see all areas of life through this lens. Why do I climb mountains? Because that’s where I feel free. Why let students climb mountains? Because it transforms their self-image and helps them become more compassionate and driven community members.

Finally, while we should remain critical, reflect and seek to improve, the opportunities for students to take risks, fail and experience the intensity of the outdoors should remain accessible. Schools and their faculty need to recognise their importance and fight to support them. 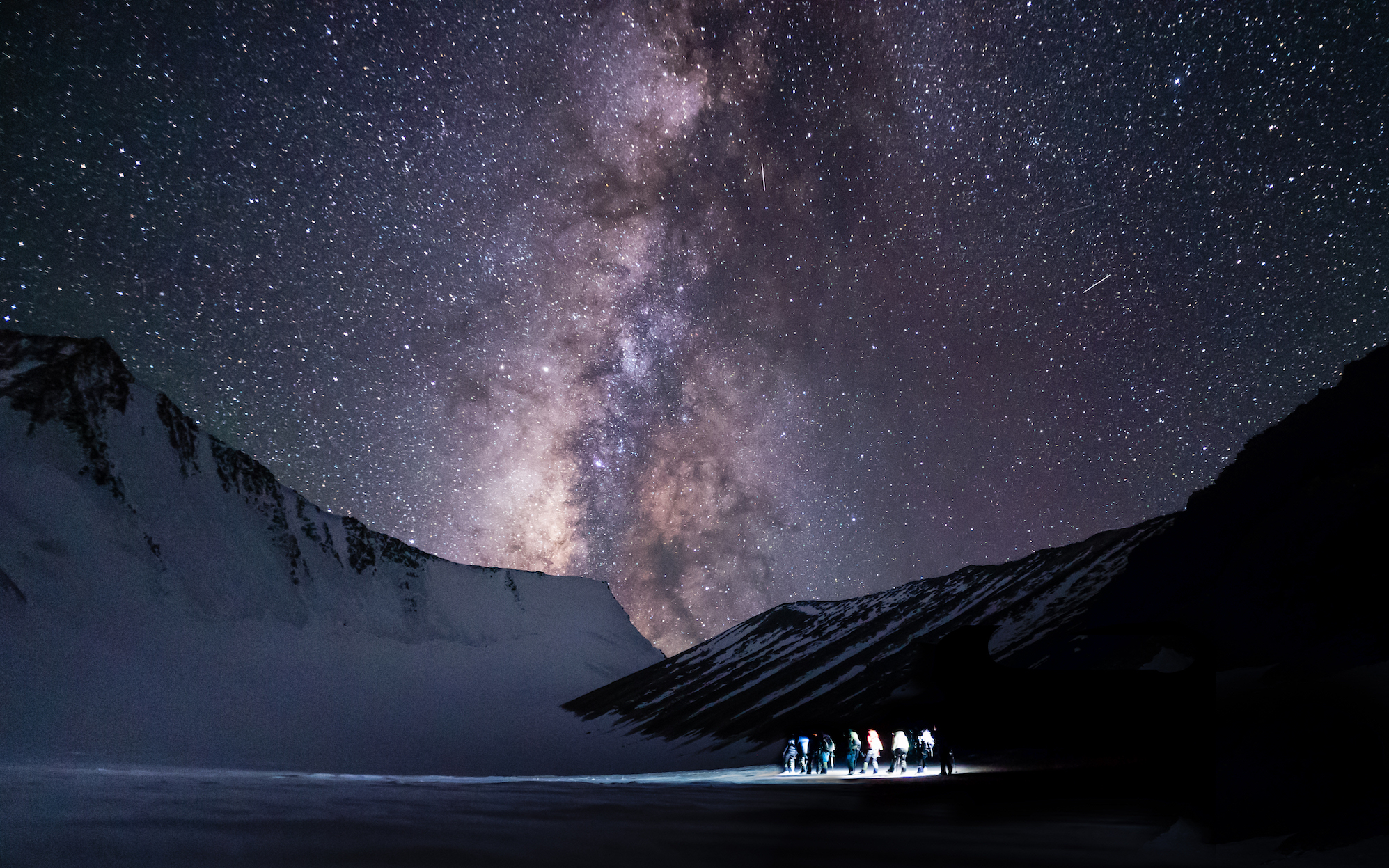