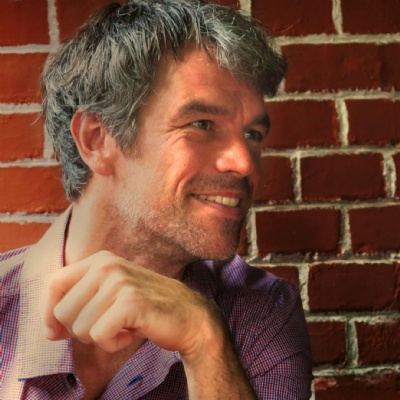 Before Andrew Mahlstedt had even heard of UWC, he says, he “had an idea to found a school that would bring kids together from all over the world, on scholarships, and would be more focused on community engagement than sports.” With this idea motivating him, he applied for an MA in International Comparative Education at Stanford University. A month before starting this degree, a friend told him about UWC and Andrew realised that his idea for a school had already been put into action, almost five decades earlier, by Kurt Hahn and UWC’s other founders. “To my disappointment,” he says, “I found out that Kurt Hahn had stolen my idea before I was born, and he and those after him had figured out all the aspects I hadn't yet even conceived of (how to select those students, etc.). So I decided to research UWC for my MA thesis, and then figured I'd join it for bit. If it was good, I'd stay; if not, I'd learn from it and then do my own thing.”

Andrew has been involved with the UWC movement ever since. After his graduate studies, Andrew proceeded to teach at UWC Mahindra College. He has also acted as a member of the U.S. UWC National Committee, and served as Deputy Head of UWC Mostar between 2013 and 2016. For the last two years, Andrew has been an active member of the UWC Colombian National Committee, leading the project to open a UWC college in Colombia and assisting with the country's UWC Short Course. Most recently, Andrew has joined the team at the UWC International Office as a consultant.

According to Andrew, one of the most important aspects of a UWC education is the space given to students to try, to fail, and to try again. Finding a balance between establishing necessary boundaries and allowing students the freedom to be creative, to contribute to their environment, and to try new things is something Andrew believes is difficult, but essential, at UWC. During his time as Deputy Head at UWC Mostar, “it felt important [...] to try many different things, to create infinite spaces of possibility, to make students feel like they could take an active part in changing things in the school and in the community.” Enabling students to make change and to shape their own learning experience is just one of the ways in which UWC schools and colleges can empower their students to become leaders and changemakers, ready and willing to think outside the box despite the possibility of failure.

“It felt important [...] to try many different things, to create infinite spaces of possibility, to make students feel like they could take an active part in changing things in the school and in the community.”

In his recent work on the UWC Colombian National Committee, Andrew has faced a new set of challenges, mostly around fundraising and finding support from potential donors. He holds dear the commitment of UWC to access to education independent of socio-economic means, but recognises the extraordinary challenges of fundraising for UWC scholarships and projects: “I can't imagine working in any other system - but to enter a country where the financial elite have no prior knowledge of UWC, and to generate that interest (after figuring out how to get 30 minutes of their time), is not easy.”

Despite the challenges of a career in education, Andrew continues to approach his work for the UWC movement with dedication. Why? He argues that while other educational models are, even in their ideal form, “far less than ideal,” UWC in its ideal form “is the closest thing to an ideal model for education one can find in the world, [...] it's the work towards it, the hope of grasping the ideal, that makes working in UWC worthwhile.”