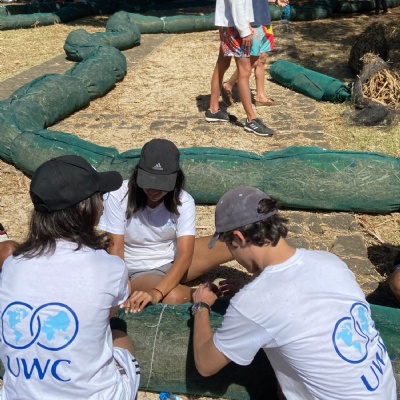 The Mauritius oil spill hit the major international headlines in August 2020 after the ship “MV Wakashio”, which ran aground on a coral reef off the country’s coast with 4,000 tonnes of fuel on 25 July, started leaking. It has since leaked hundreds of tonnes of fuel into the ocean off Mauritius. Although international attention around the oil spill has since sadly waned, the island’s fragile ecosystem remains in dire need of global attention and support.

Volunteers and experts alike across the island are doing everything in their power to protect the wildlife and landscape from the damage the oil caused, and continues to cause. This includes a group of local UWC alumni and students, who teamed up to help make booms to prevent the spread of crude oil to other areas of the island as soon as the leak started. Among the group is Lina (UWC Mostar, 2018-2020), a recent UWC graduate, now back in Mauritius. This is what she had to say about the oil leak and about taking part in the effort to curb its effects:

Introductions first - where are you from, Lina, and how did you end up at UWC?

I’m from a small island in the Indian Ocean called Mauritius. It’s mainly known for its amazing nature, especially its pristine beaches. I myself knew about UWC from others who had gone there to seek a different form of education than the traditional methods we are taught in Mauritius. I personally chose to go to UWC Mostar in Bosnia and Herzegovina as I was the first student from my country to attend the school. And what’s better than representing your country somewhere for the first time?

When did you realise how big the problem of the oil spill was and what made you decide to get involved?

In the thirteen days between the ship having crashed and 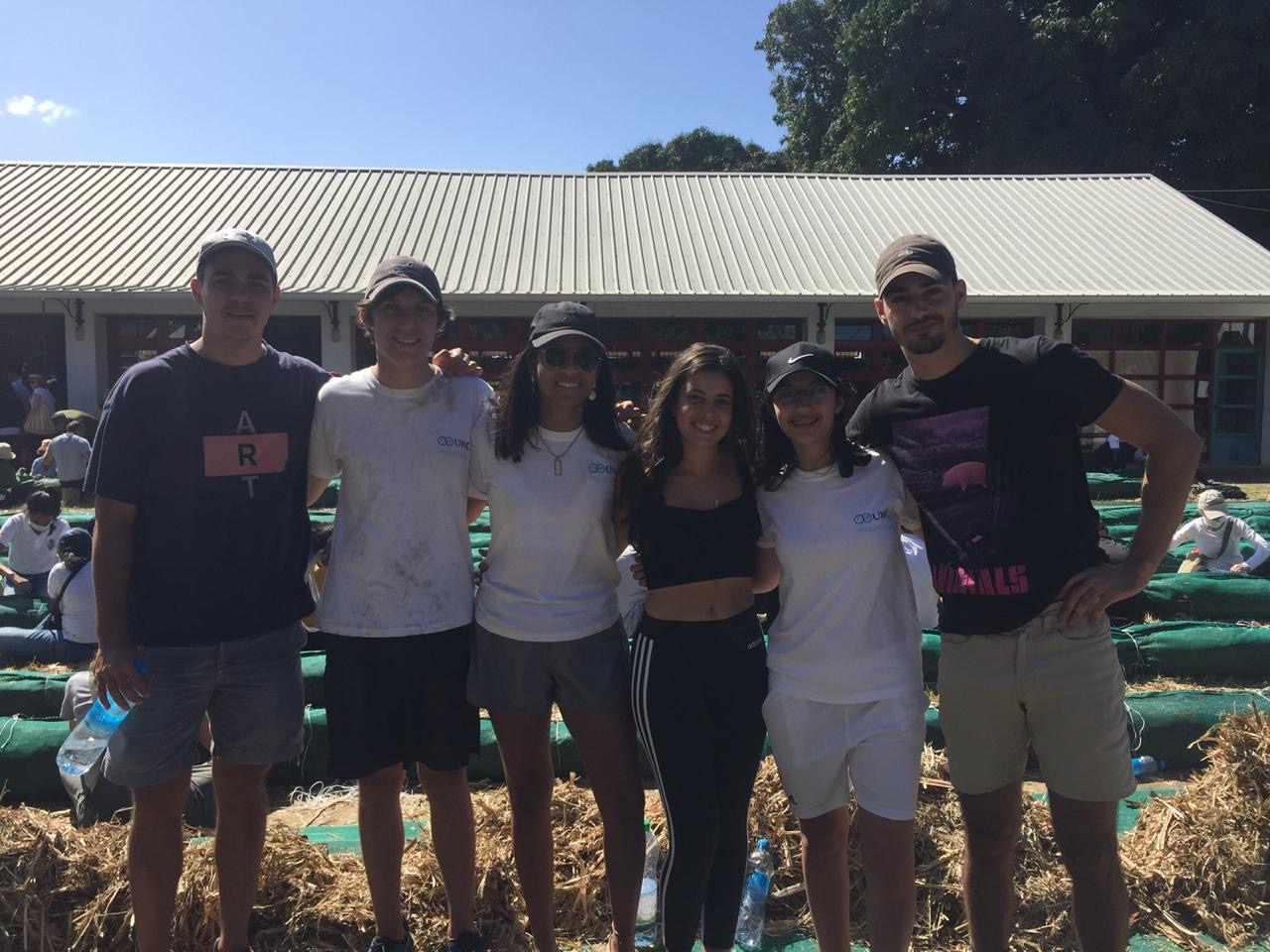 the oil spill starting, we all feared the worst. So as soon as the news broke out that there was now oil in our crystal blue waters, me and a team of UWCers picked up the phone to each other, and grouped together to help in any way possible. What made the matter worse is the fact that there are two internationally recognised marine protected areas right where the oil was spilling, so it was clear from the start that endangered endemic species were going to be severely impacted.

I would also admit that, had I not gone to UWC, I think I would have rather relied on other people to do the job instead and hope for the best. I think that now that I am a UWC alum, it’s become my duty to make a change in the world as UWC has taught us to do.

On the practical side of creating a team response effort, it was made pretty easy by the fact that we, as UWCers on the island, are already pretty close. All we had to do was pick up the phone and then there we were, helping together.

Could you tell us a bit more about how you helped?

Since no public access was being granted to the oil spill site, the only way citizens like us could help was by giving NGOs a hand. So, our group of UWCers did just that: we joined boom making sessions organised by NGOs. These booms are made of sugarcane bagasse wrapped around a sheet of thick and permeable material which make sure that the oil is absorbed by the sugarcane, while at the same time allowing water to pass through. We mainly helped by picking up the sugarcane, sowing the booms together and placing them in trucks that would then take these booms to the oil spill site. By the end of the week of volunteering, many, many kilometers of booms had been made by different volunteers from all around the island. 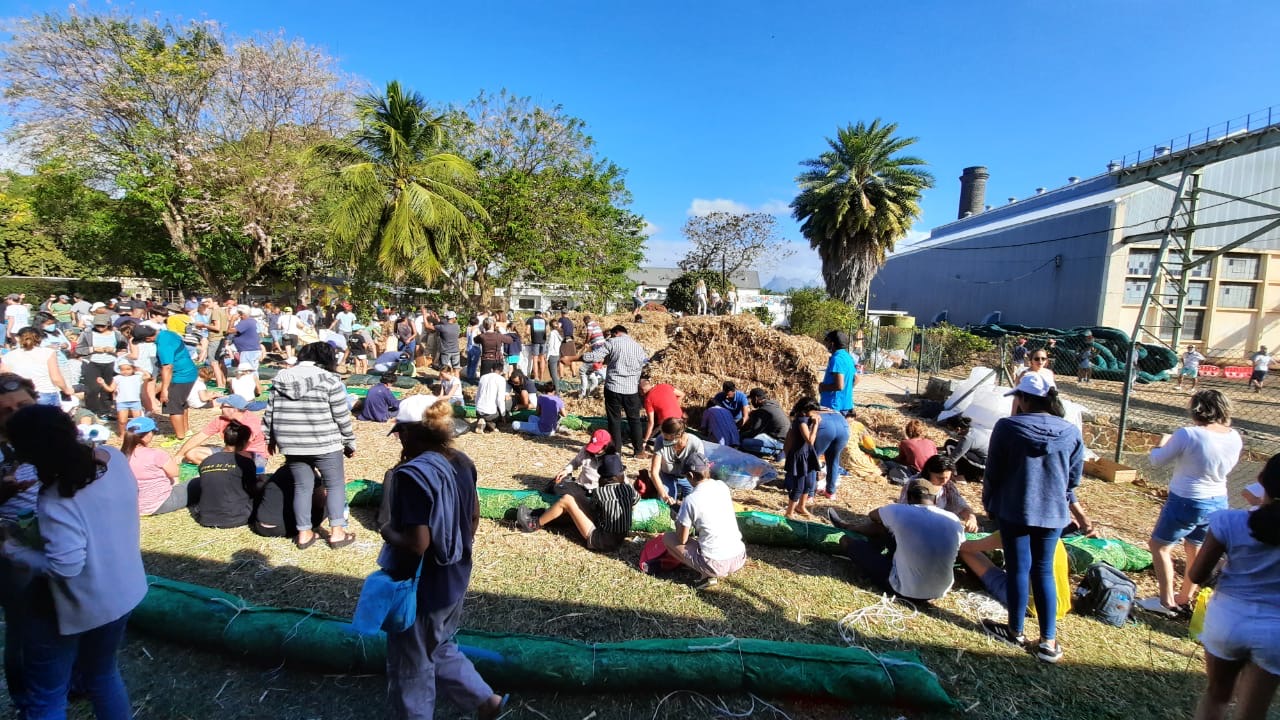 What have you learned from the experience so far?

The oil spill disaster that Mauritius is facing has definitely been a learning curve for me. Having recently graduated from UWC this is my first opportunity to step out into the world as a graduate and start to make a difference. This is the time where change can be made. So far I have learned that human negligence can cause big disasters, but huge drastic changes can also be made through simple actions.

Finally, why does the world need to listen to what is happening in Mauritius and what can they do to help?

Mauritius, like many small countries, is often ignored by much of the world's attention while the eyes of the world focus on big countries like the US or China. However, it's actually the small nations such as Mauritius that suffer the most. All you have to do is look at how the actions of one ship have impacted Mauritius, both environmentally but also economically as its beaches and marine resources account for around 30% of the country's GDP.

What people from around the world can do is mainly to spread awareness. The more attention that the world pays to this issue over here, the more importance will be given to this crisis, the more funds will be raised and the more support we will receive. I urge everyone to donate if you can to local NGOs and to share (and keep sharing!) what the country is going through on social media.