From Baghlan province, Afghanistan to Pearson College UWC, Canada and Back Again

I still remember the excitement of finding out about UWC. At the time, we had just returned from Pakistan and we were living in Kabul. We had moved there after the big repatriation of refugees in 2002 brought us back to Afghanistan from Pakistan. 2002 was a time of great hope in Afghanistan. A lot was moving and changing and I wanted to be part of that change.

I knew that scholarships to study abroad existed. My brother had gotten a scholarship to study in Moscow under the Soviets, but I did not know that it was possible for girls. I remember hearing about UWC after one of the congregational prayers. Community announcements, job and scholarship opportunities were customary to be read out after the prayers. I thought I fit the requirements for the opportunity and so, with a little encouragement from my sister, I applied. Next I had to convince my father. But luckily education was always very important to him, having been part of the first generation in his family to go to Kabul in order to access an education. At that time there was not even a school in my family’s native village in Baghlan. After 2004, public schools were established there for the first time but with limited resources and quality.

I was the first woman from our region to ever leave alone in order to study. It was the first time I had ever been on a plane. My father was extremely proud of me. A lot of people were excited for me, but also apprehensive. They questioned my father’s decision. What kind of father are you, they would say. In our culture when you send a woman away it is to get married, not to be educated. I just wanted to make sure that I would make a success of this opportunity, there were a lot of expectations on me and I just didn’t want to fail.

Arriving at Pearson and the years that followed were truly eye-opening. It was a journey of self-awareness and growth. I was leaving my Afghan cocoon without having ever even been exposed to the international media. I had this vision of the West as a perfect world and Afghanistan as an imperfect world. That bubble popped pretty soon after arriving. I realised you would find the same imperfections everywhere. But that felt ok. I realised that the whole world had a lot of work to do in terms of learning from each other.

A Lion is a Lion

For me, the most important impact that my UWC education had was that it made people back home more comfortable with the idea of a girl going away to be educated. They saw that I came back and that I seemed ok and to be behaving well. And so, slowly, I saw more girls being allowed to go away to receive an education beyond the 8th grade education that was offered in our village. I even saw urbanite parents encouraging their daughters to apply for scholarships and education opportunities abroad.

My UWC education and the further education opportunities that it opened up also changed how people viewed me and women in my community. I will never forget the first time someone said to me after I came back that ‘a lion is a lion’. What they meant was that it doesn’t matter if a lion is female or male - after all they are lions. That is how people started to see me, because education adds credibility to the voices of women. Before UWC, I also assigned more value to the voices of men, and I wasn’t even aware of it. This is still an ongoing process for me, but what is amazing is that in the largely patriarchal community where I am from, boys and men now come to ME for advice - a woman -  because they know I received an education. So that is the power of a UWC education: it can make women key members in their communities in societies where they are normally marginalised.

This new standing that my education opened up for me also meant that I was able to negotiate my rights with my father in a diplomatic and effective way. I was able to negotiate that I wanted to live life on my own terms and that I don’t have to marry someone to be someone. It also allowed me to negotiate my rights, identities and the cultural perceptions attached with Afghanistan with the wider world, which was definitely useful for the many times since that I have needed to fight to obtain visas or provide counter opinion to essentialist views on Afghanistan or being a Muslim. In short: my education allowed me to become a part of this world in a meaningful way.

Reimagining Tomorrow in Afghanistan: Why is Education the Way?

This multiplier effect which I witnessed as a result of my own UWC education was also the inspiration behind some of the projects I started up after graduating from UWC. One such example was the ‘100 Mothers Literacy Program’. When I returned to my parent’s village again after having been away for a long time I noticed that the women of the village were sedentary. While the men left to go work or study, the women stayed behind. At the same time I was hearing more and more comments from the women about how their illiteracy made them feel blind. They could not read the doctor’s logo or prescriptions they gave them, they could not read road signs to work out where they were going. They were dependent on others. Much of women literacy programs were concentrated in urban areas and the rural women were forgotten. So I thought, if I manage to teach just some of these women how to read and write, they would not only be in a better position to find jobs, but they could also motivate and teach other women to study literacy. Ultimately, they could use their education to negotiate the rights of other women - just like my education had allowed me to do. And seeing as they are more sedentary, women are much more reliable teachers for the village. I launched the program in 2008 with 104 mothers. 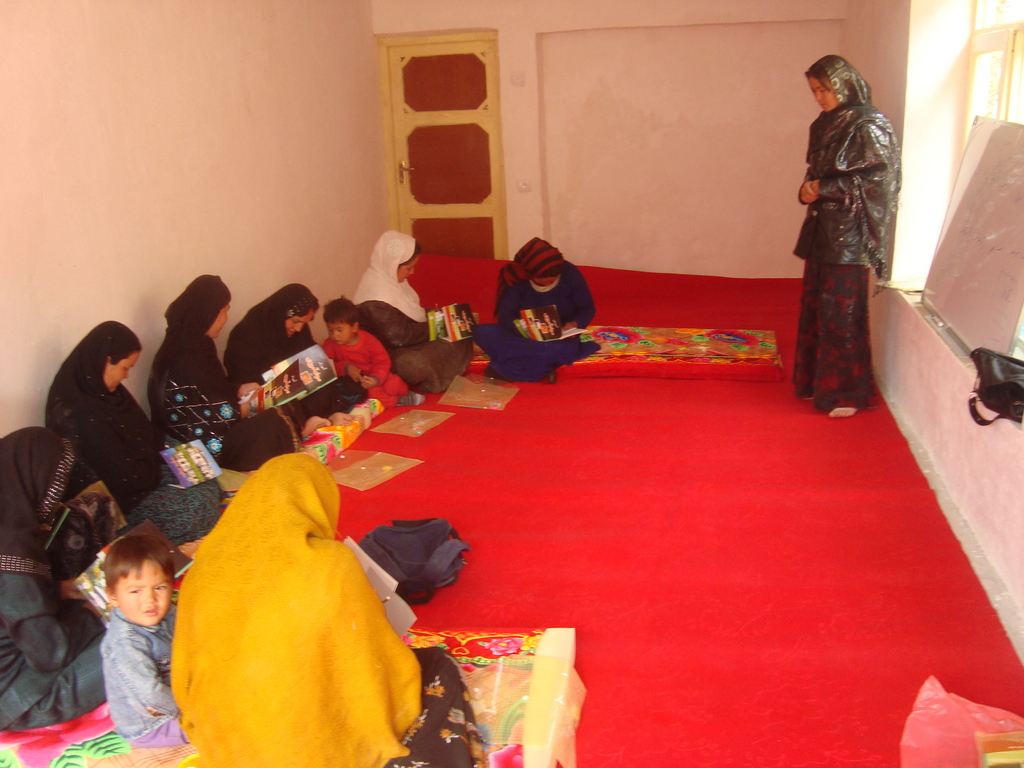 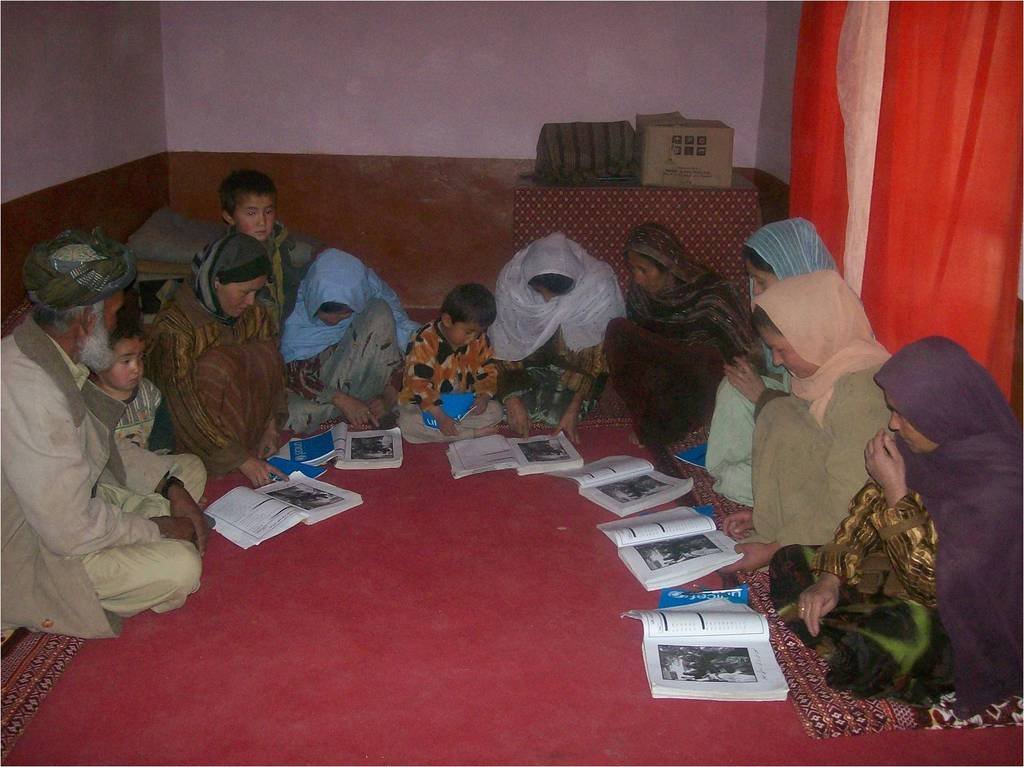 Of course this program only dealt with a very basic education problem: the problem of illiteracy. The kind of intercultural education that places such focus on learning outside of the classroom does not exist in Afghanistan. But one day, if I have the money, I would like to build a UWC-type school for locals in Afghanistan, where Afghans from different backgrounds and ethnic groups can come together to learn together.

Though I am not able to return to Afghanistan right now, there is so much we can all do from afar to help. I want to continue to be part of the change that will happen in Afghanistan. I see it as an obligation, especially because I am well-positioned to help people back home. We relate to each other, I understand their challenges but - thanks to my education - I also have access to international resources and I understand world affairs. I am in a position to be a partner rather than a saviour.

I urge you to help too. As a nation, Afghans feel marginalised. We don’t have access to the kind of education that organisations like UWC can offer. And I cannot stress enough how important it is for Afghans to feel equal to the rest of the world. Going to UWC was a huge step for me towards feeling equal with people in my age group in other parts of the world. That is immensely important for young people, to feel part of the larger group and to feel part of the world. The moment you give opportunities to a minority group, you boost their energy and their confidence.  But right now there are a lot of smart women and girls in Afghanistan sitting at home, isolated and doing nothing. Please consider helping UWC raise funds for 20 UWC scholarships.

Since UWC, Rahila went on to receive a BA in political science and global studies from Methodist University on a Davis-UWC scholarship. After that, she received an MA in international human rights law from the School of Oriental and African Studies (SOAS). Today, Rahila lives in London where she works as a Case Management Coordinator at Focus Humanitarian Assistance, helping to resettle refugees in European countries - in addition to the ongoing consultation she provides to NGOs, community organisations, friends and family in Afghanistan.