Carving out Careers In Peacebuilding

Having attended different UWC Colleges at different times, these three alums found a shared passion for peacebuilding when they met in 2014 at the 25th anniversary of the United Network of Young Peacebuilders. Bringing them together for a chat on Zoom, we were keen to find out more about their careers in conflict resolution and peacebuilding, and their views on the transformative powers of education.

Making education a force for peace is central to the UWC mission, how did this resonate with you as a student? And how did this help to set you on a path toward building a career in peacebuilding? 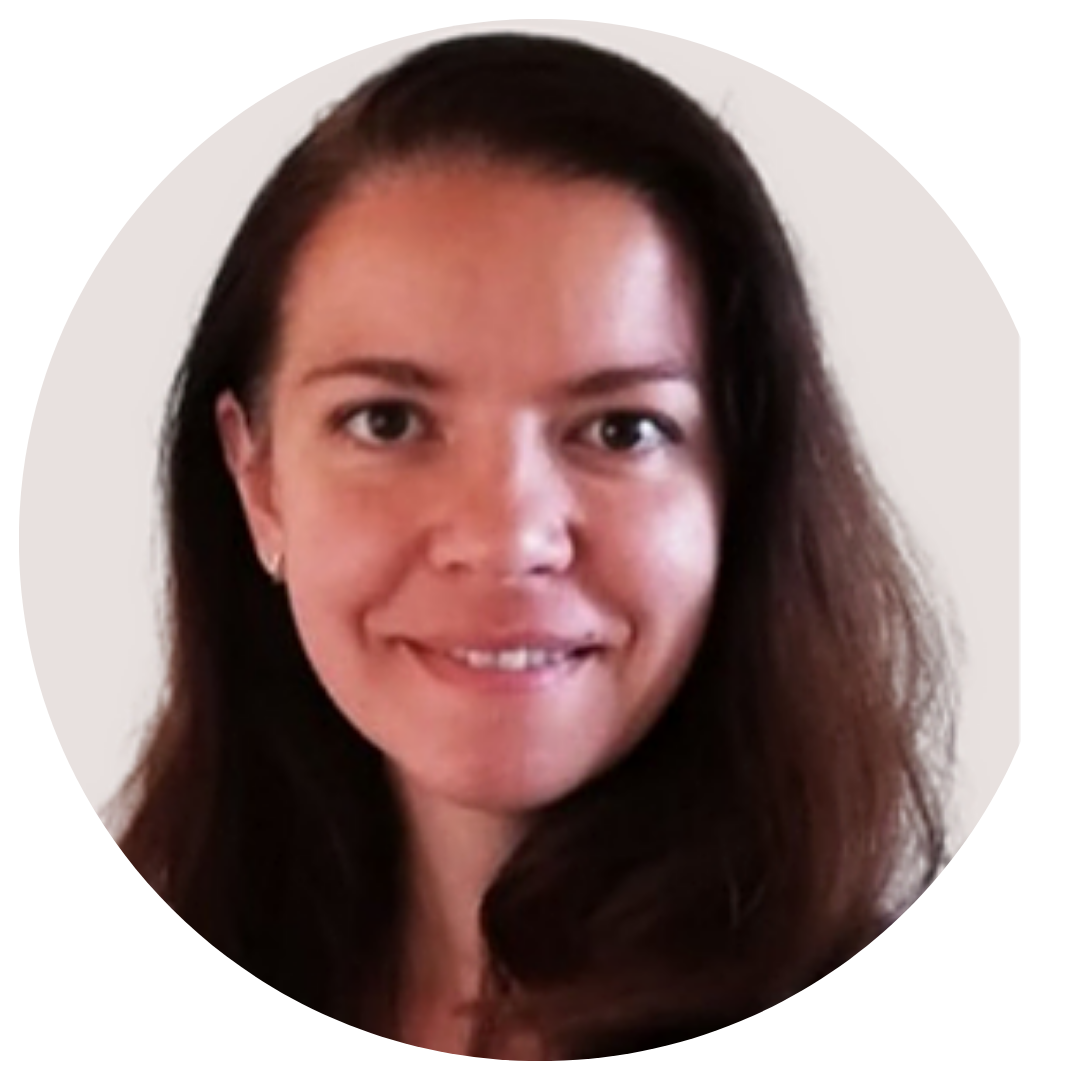 Andra: You have some understanding of it as a student, but it was really once I furthered my education in peace studies and went on to work in peace education projects and peace strategy, that I began to realise that the UWC experience is the most practical and concrete definition of what peace building is. People from diverse backgrounds living together and putting human experiences before narrow definitions of country and nationality. A lot of our impact as peace professionals is being questioned at the moment, especially when we see the outbreak of wars. But it’s the personal connections made through UWC, the shared ideals, the volunteering and community service - they all help to nurture and cultivate those values and skills which are so needed in situations of crisis and war. It means people can do something - they can build upon their solidarity and mobilise.

Celina: I think what my experience has taught me is the importance of humanising ‘the other’. That first time I walked into my room at Pearson College UWC and saw the Union Jack being displayed on the wall by my roommate's bed, I had such a strong emotional response. Coming from Argentina, and knowing the history of the Falklands War, for the first time I was face-to-face with someone from ‘the other side’. In my time at UWC I learnt tolerance, and how important it is to learn history from different perspectives and acknowledge our emotions and perceptions in relation to that past. We practised conflict resolution, interreligious dialogue - all these things helped to grow my interest in peacebuilding. It’s true that we still have so many violent conflicts in the world. But I believe it’s an issue of scale - the number of children, youth and adults that have access to quality peace education is still very small.

I believe it’s an issue of scale - the number of children, youth and adults that have access to quality peace education is still very small.

Matilda: When you’re at a UWC school you’re surrounded by people who are all thinking about how they can make a positive difference in the world. And to be able to get into that mindset so early on, is not the norm for most young people. We were all involved in the United Network of Young Peacebuilders, and I worked there for five years. And it was really my belief in youth participation that drew me there. Believing young people are positive agents for change rather than just passive bystanders.

What are your thoughts on the way the peace-building community has responded to the war in Ukraine?

Andra: For peace-builders the signs were all there. We knew about the need to invest in peace-building in the region. But I don’t think we could have anticipated the scale of the invasion. But then again, we have also been surprised at the scale of the civic response. For me, here in Romania, it’s been quite incredible to see the solidarity in the response. So I think this needs to be considered too. For me, I see it as showing even more need to keep talking the talk and walking the walk when it comes to peacebuilding.

Matilda: When you look at defence budgets versus peace-building budgets worldwide, you see that the former outweighs the latter by an incredible degree. And the accountability criteria that are put on departments for defence versus on those working in peacebuilding are very different. The levels of results we’re supposed to show, whereas often there seems to be this ‘blind’ spending on defence without really looking at the results. Peace-building takes time; it’s a minimum 10 years’ investment in most cases. I think when war breaks out politicians like to be seen to be ‘doing’ something, and dropping bombs seems like a very concrete way to prove action. But it’s much harder to say here’s some peace-education work we’re doing, and the results are still to come! So the long-term aspect is one thing, the scalability is another, and then there’s also the issue around being able to speak to concrete results.

Is this why you see peace education as being such an important part of the puzzle when it comes to trying to build a more just and peaceful world? 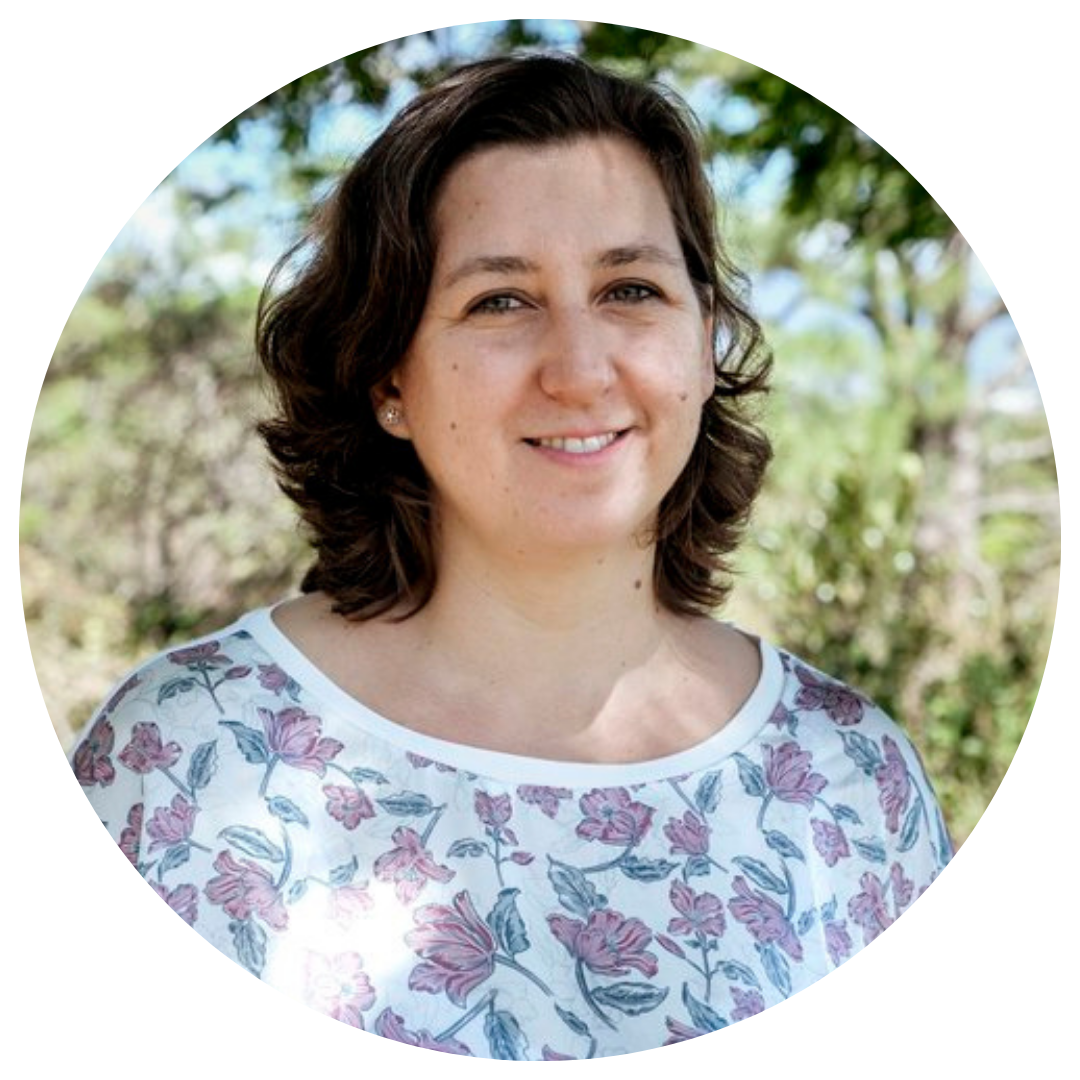 Celina: Yes, it’s interesting though how many countries are resisting a trend toward promoting global citizenship and peace education, which encourages more openness and tolerance. They feel it threatens their sense of national identity somehow. But there are some really important initiatives, for example the History Teachers Association, bringing together history teachers from across the world to co-create history curriculums. But it is difficult, it’s often painful, because people are forced to confront very difficult periods in their country’s history. It takes generations often to process this level of trauma. We have to deal with this emotional aspect, and it will take time. But UWC is proof that it is possible to have this kind of education, and even if it’s slow for other education institutions to catch on, I still have hope.

Matilda: Young people are often more open to new ideas, and ways of thinking, so in that sense educating for peace at the school level is really important.

Andra: I agree. But we shouldn’t just relate peace-education with young people. Engaging with policymakers, that’s also an essential part of peace-building. In peace training we often work with adults, I have done workshops with the military and gendarmerie - it was one of the many rewarding experiences I’ve had. By sharing our experiences, philosophy, our tools in this dialogical way -we can help change perspectives and challenge preconceived ideas. So when we say peace education, we mean it at all levels - in schools, universities, and also at a professional level. If they’re challenged constructively to move beyond ‘us' and 'them’ ways of thinking, to seek out ways of negotiating and collaborating, then it becomes a way of life.

If they’re challenged constructively to move beyond ‘us' and 'them’ ways of thinking, to seek out ways of negotiating and collaborating, then it becomes a way of life.

How do you keep your sense of hope alive, even when you see protracted conflicts happening in the world around you? 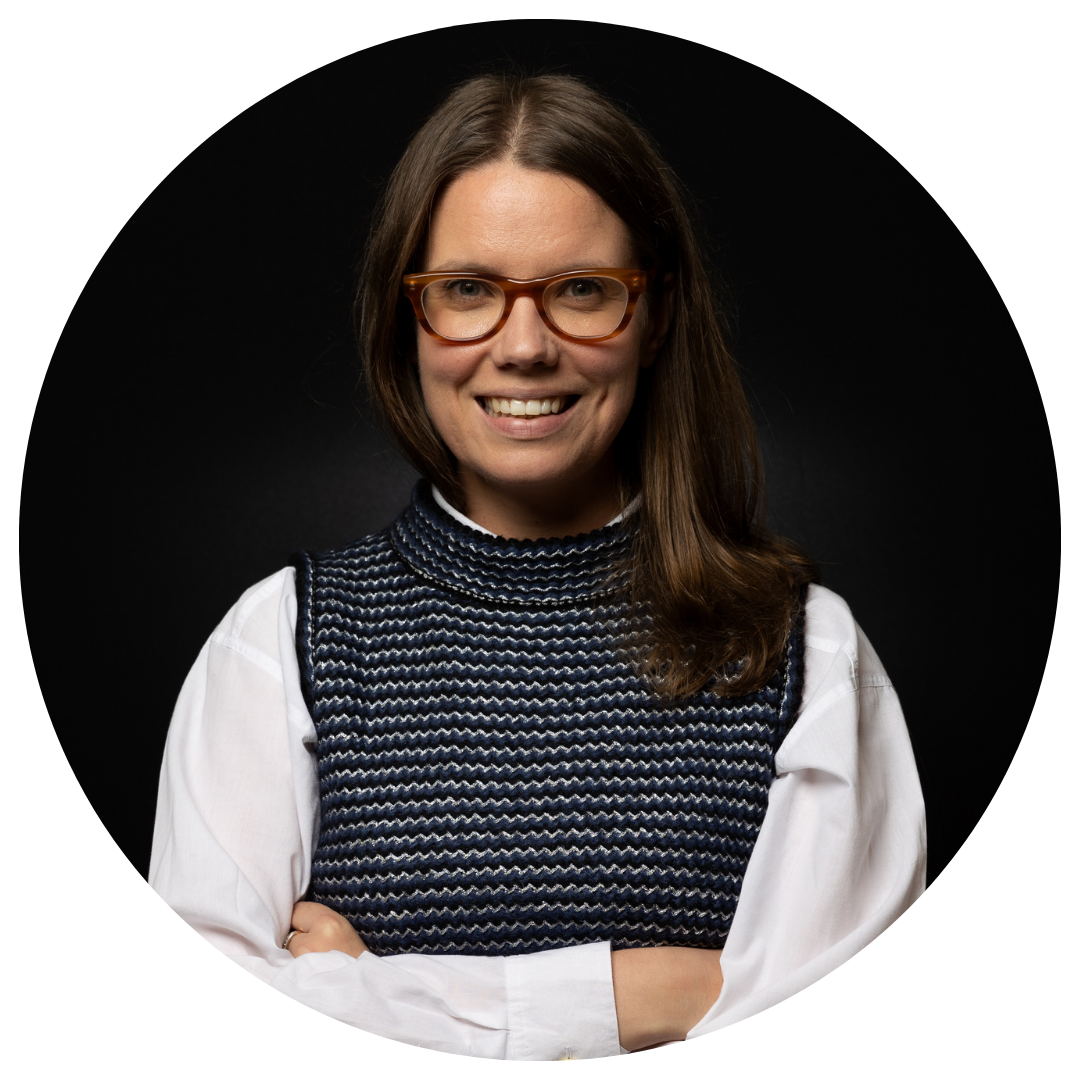 Matilda: In my work for the Search for Common Ground (the world’s largest peacebuilding organisation) I have a lot of colleagues who are from areas around the world where there have been (or continue to be) protracted conflicts. And you need to keep a sense of hope to keep doing this work. You need to remember that conflict and wars do end, and when communities engage and share a sense of responsibility to make things better they can change.

You need to remember that conflict and wars do end, and when communities engage and share a sense of responsibility to make things better they can change.

Celina: I think we have to stay focused on doing the best we can, staying action-orientated. Peace education is for all ages, and involves all generations. We need a cultural shift - to entrust and listen to young people, and not assume we know best because we’re the adults. Of course, we need to respect the wisdom the older generations bring, but at the same time we need to be more inclusive and encourage youth participation.

Andra: Sharing the stories and examples of what success means at different levels is important. Let’s celebrate and share the success of nonviolent movements, so people can see even in the case of war, some people somewhere can do things which help to stop aggression. We need people to offer direct support, but we also need to help the helpers, they also need psycho-social support. I think this is when connection is so important, staying in touch with those who are in difficult situations - it matters.

Celina: Yes, I agree. And even if you feel what you’re doing is only helping a little, it is still important. When we look at protracted conflicts in the past, when things never seemed like they were going to change, but they did. There was a shift. We need to remember this. 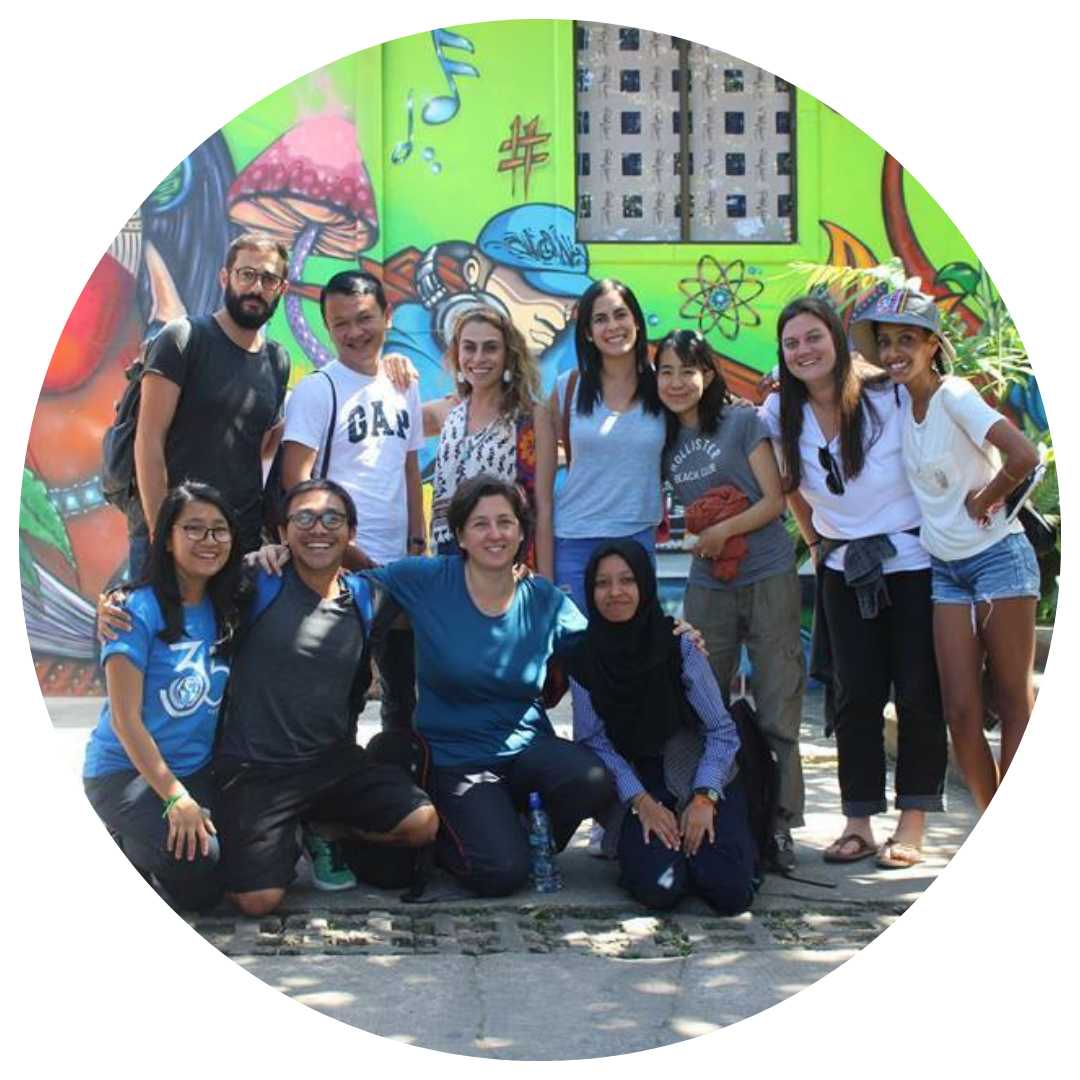 Find out more about Celina’s work in peace education by reading the guide she co-edited for the Council of Europe on addressing hate speech through alternative narratives; learn about Matilda’s work at the Search for Common Ground, and read about the training Andra provides in conflict transformation in her consultancy work for CRISP and Forum ZfD.