3 decisions that will help you change the world 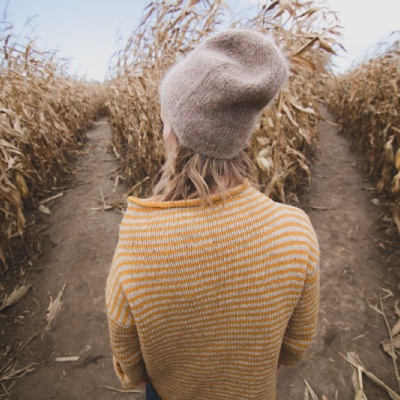 You've probably read, watched or listened to dozens of stories about young people changing the world. And you've wondered: 'How can I do the same?'

It's often tempting to believe that these people are somehow born special. And while they've achieved unique and amazing things, the truth is that they all started somewhere. Just like you.

But if you want to do something amazing, you need a picture of where you're trying to get to, and a plan for getting there.

Nadya Okamoto was 16 when she co-founded PERIOD, an organisation dedicated to changing the conversation around menstruation and providing care to people without access to menstrual products.

She was a junior in high school when family experienced living without a home of their own for several months. During this time, on her commute to school on the public bus, she talked with homeless women in much worse living situations than she was in.

“I was inspired to learn more about menstrual inequity and period poverty after collecting an anthology of stories of their using toilet paper, socks, brown paper grocery bags, cardboard, and more, to take care of something so natural,” says Nadya. “Hearing the stories of these women who were in much worse living situations than I was in was a privilege check.”

Maya Ghazal is a 19-year-old Syrian women who went to the United Kingdom at the age of 16 as a refugee. She recently won a Diana Award, named in honour of the late Princess Diana, for her work raising awareness of the issues facing young refugees like herself.

She had to overcome social stigma and language barriers in order to pursue the education she wanted in the United Kingdom.

“I always remind myself of how low and lonely I used to feel in the beginning,” says Maya.”If everyone was able to believe in their potential the difference would be huge.”

“I have a certificate in my room saying ‘Maya Ghazal can change the world’ signed by Their Royal Highnesses Prince William and Harry,” says Maya. “And that’s more than enough for me to keep me believing in myself and my message.”

Both Nadya and Maya recognise how fundamental their education has been in cultivating their passions, sharpening their visions, and connecting them to people who could help them make a difference.

So whether you already have a plan to change the world, or you’re still figuring out how you want to make a difference, making these three decisions will move you closer to your goals.

1. Decide how you want to learn – not just what to study

So you want to make lasting and meaningful impact on the world, and you’re thinking about how your education will prepare you to do that. You’re not going to find a curriculum for changemaking. If anything, what Nadya, Maya and others like them have in common is that their education went beyond the classroom.

They achieve what they have required learning essential skills like critical thinking. They have found ways to pursue their own passions and develop their own life experiences. If you hope to follow their example you will need to think about your education in similar terms.

One way of achieving that is by choosing to study the International Baccalaureate (IB Diploma).

The IB Diploma was set up in 1968 by a number of organisations including Geneva International School, the United Nations School in New York and UWC (United World Colleges).

It is an internationally-recognised pre-university qualification that emphasises breadth of knowledge, critical thinking and social responsibility. This useful guide explains more about what kind of young leader chooses the IB Diploma.

2. Decide what you want to experience – not just what you need to achieve

People like Nadya and Maya are changing the world partly because they chose a particular issue or group of people they to focus their energy on.

“Service is one of the primary ways that I push myself to reconcile the privilege that I have in my life – and to fight for a cause I truly believe in,” Nadya says.

Taking your academic success seriously is vital, but by itself, getting good grades won’t prepare you for the life you want to live. So look for opportunities beyond the classroom that will help you grow and develop confidence.

Think about essential life skills like adaptability and the ability to resolve conflict.

UWC South East Asia alumnus Israel George Mnyitafu says his education shaped him as a critical thinker and an engaged member of the community.

“I got a chance to meet people from various backgrounds with different perspectives and views about the world we live in," Israel says. "It has helped me grow into the person I am today; an active global citizen, who accepts change, embraces it and then uses his knowledge to promote mutual peace and co-existence.”

So take time to explore the co-curricular activities you want to be part of your educational experience.

3. Decide who you need to be around – and where you’re likely to find them

At a young age, Nadya and Maya crossed paths with people they never expected to meet. They crossed social divides and their lives took a different course as a result. They turned what many would see as culture clashes, into opportunities to learn about others and broaden their world views.

So how are you going to experience people from different backgrounds to your own? Where will you meet people with similar passions who you could team up with?

In Nadya Okamoto's case, she met Vincent Forand in high school and he became to co-founder of PERIOD.

So think about choosing an educational environment where you get to live and study alongside a diverse range of people with a common desire to have a meaningful impact on the world.

If you're wondering where you would find a school or college like that, have you considered whether an international community school is right for you?

Imagine going to a school where overcoming language barriers and learning new social norms wasn’t a classroom project, it was life with your roommate.

UWC schools and colleges focus on preparing young people to be leaders before they leave school, so they can spend a lifetime making a difference in the world.

Perhaps the answers to the three decisions we’ve covered contain some signposts to what you hope for, and the education that’s going to help you to turn your dreams into reality.

Find out more about how to apply for UWC schools and colleges.