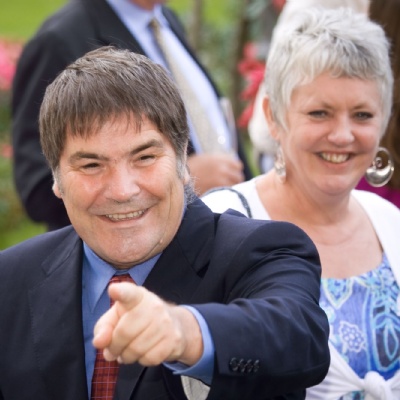 John Lawrenson, who has died at the age of 70, was a UWC hero. Although a little behind those founding and pioneering figures who joined UWC in the 1960s and 70s (John and his wife Nicky arrived at UWC Atlantic College in 1978), he was instrumental in shaping the movement that we know today, often in subtle, behind-the-scenes ways. Of one thing there can be no doubt: he loved UWC.

There was very little John did not do in UWC. At UWC Atlantic College, he was a Physics and Theory of Knowledge teacher (his PhD was in physics), head of science, Director of Studies, Coastguard coach, Vice-Principal. John and Nicky perhaps made their biggest impact as Houseparents. John also had a short period away to be part of the leadership team for the founding of Li Po Chun UWC of Hong Kong in 1992. He became Rektor of UWC Red Cross Nordic in 2002, serving for ten years. He served UWC International in numerous ways, including as Chair of the College Heads’ Committee and as a member of the International Board, and he played a role in some of the early work that eventually led to the founding of UWC Changshu China. John was also active in various ways in the IB, including as a workshop leader and examiner.

These many roles gave John the finest of insights into UWC. He was fiercely committed to the UWC mission, he was idealistic about what he thought UWC could achieve (while also being pragmatic), and he had enormous faith in the power of UWC students and alumni to make a difference in the world. Service lay at the very heart of his commitment, and in this he was a role model.

Appearances could sometimes be deceptive with John. Jovial, for sure, a storyteller, occasionally dishevelled, maybe even chaotic at times. He got himself into scrapes that provided more fuel for his stories: the airport security attendant accidentally pulling down John’s trousers was not untypical! None of this fooled those who knew him. He had an extremely sharp intellect and great clarity of vision, he was determined and one look at his notebooks, full of his elegant handwriting, demonstrated his organisation. Underpinning this was a deep sense of care and constant kindness. Above all, something you could never miss, was the commitment.

When John and Nicky left UWC Atlantic College for UWC Red Cross Nordic, some were sceptical at his appointment: there was a view that the college didn’t need a ‘British boarding school tradition’. But John’s appointment was a masterstroke. The college had experienced an uncertain two years and there was much to do. John healed the community, gradually it regained its sense of purpose and its unity, and it addressed how to bring together the Red Cross and UWC dimensions of its existence. The college needed John in 2002.

John and Nicky were great friends to many within UWC, colleagues of course, but notably to the many generations of alumni who had been in their house at UWC Atlantic College. When John travelled, very often there would be meet-ups with these alumni. The mutual friendship, respect and appreciation – love even – were palpable.

John was an ever-present in my own UWC career. He first appeared in a slightly crumpled white suit during my second weekend, a series of meetings on IT that John helped me navigate. Seventeen years later, despite having already retired, John was a guest at a Norwegian Embassy event in London just a couple of days before my departure. I shared some of the most uplifting and funniest moments of my career with John, but also some of the most painful. I constantly benefited from his kindness.

It is impossible to picture John without Nicky alongside. They were a totally devoted couple, a true partnership, from schooldays through to the end of John’s life. When they left Flekke, they returned to their roots in the UK’s west Midlands. They renovated a home and threw themselves into the life of the community. John became involved in the University of the Third Age, and there were more opportunities to get to Old Trafford – Manchester Utd being the only challenge to UWC in John’s affections. It was therefore heartbreakingly sad when, far too soon after their move, illness started to deprive John of his independence of mind and then his independence of body. The fullest, most committed and selfless of lives, had been diminished. Nicky remained devoted throughout. Our thoughts must now be with her as we celebrate John’s life of service and 34 years of total dedication to UWC, its mission and students. We will miss a stalwart UWC figure, but more than that, many within UWC will miss a very dear friend.