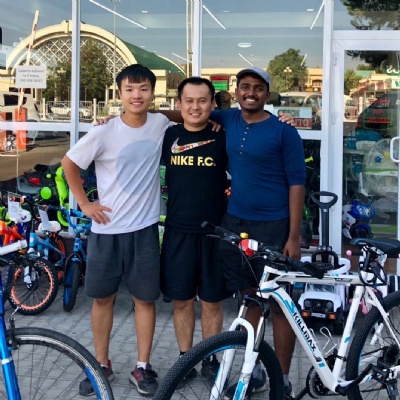 On 23 May 2018, a group of new UWC alumni embarked on what would be a record-breaking, life-changing journey. The group, which included Jerry and Magdalena from UWC Mostar, and Raghdan and Kesava from UWC Mahindra College, became the youngest-ever group to cycle the Silk Road, when 80 days and 4033 kilometres from when they set off in Istanbul, the team reached China.

The team travelled through nine countries, spreading the UWC mission and values wherever they went, by engaging with the people they met in conversations about shared humanity and environmental sustainability.

Before the cycling journey began,  the team had high hopes for their trip: “I believe our journey represents what UWC stands for,” said Magdalena (Germany, UWC Mostar 2016-2018). “We want to bring people from all over the world closer to each other by sharing and spreading the thoughts of humans.”

Check out some highlights of the trip in the team’s reflections below - and get inspired to live the UWC mission and values! 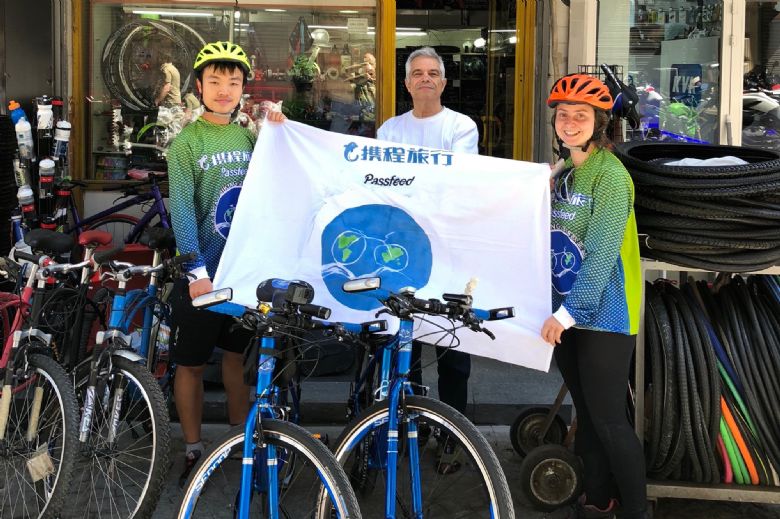 Jerry (China, UWC Mostar 2016-2018) and his German co-year Magdalena started the trip in Istanbul, where a kind Turkish old man found the right cycling equipment for the whole trip. On the way they were usually invited by people to drink red tea. The first climb of 900 meters was challenging but they managed to make it.

In Samson, Magdalena headed back to Germany, and Jerry continued the trip through Georgia solo. Cars usually greeted Jerry with their horns, usually at high volume with great care! 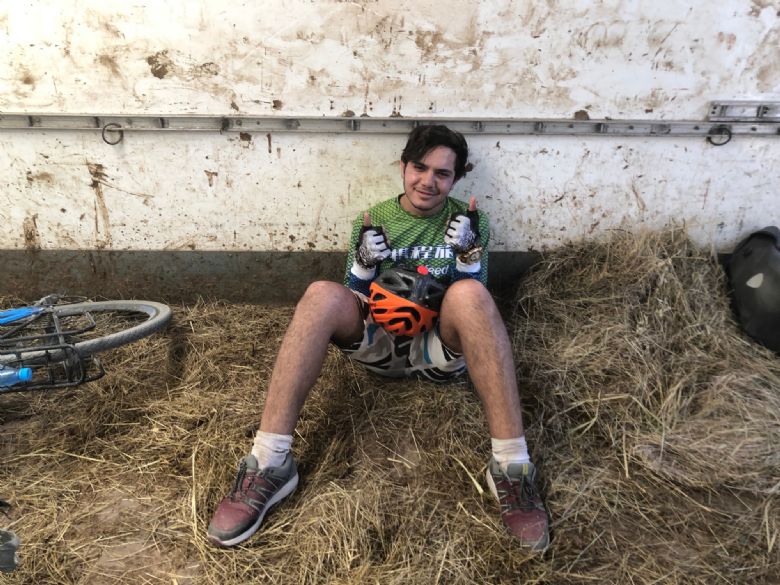 After Jerry met with his Syrian co-year Raghdan (UWC Mahindra College 2016-2018), they passed through the Land of Fire - Azerbaijan. They had some issues with the 50℃ heat but they survived with the kindness of a truck driver passing by. 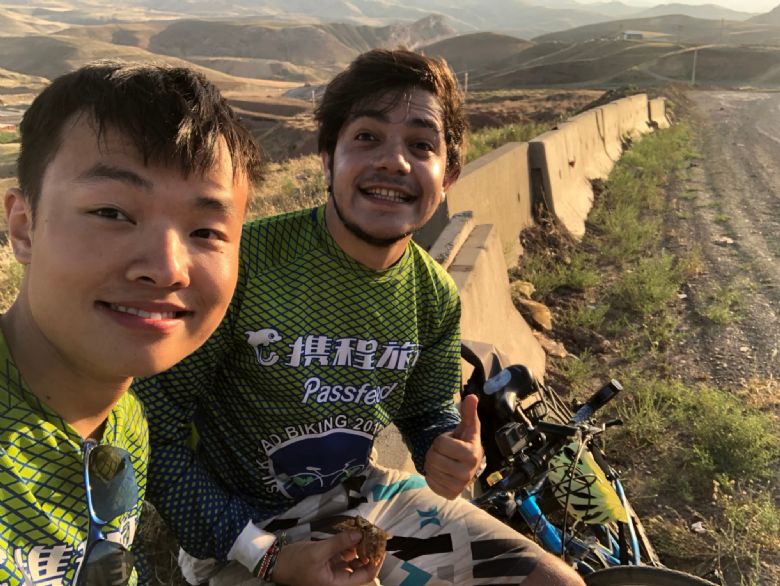 They continued cycling in Iran where they met several incredibly hospitable people. They also broke the record of the longest ride a day in the trip - 183km to reach Tehran, after which Raghdan went back home and Jerry posted the 2 bikes to the capital of Uzbekistan due to the danger of cycling in Turkmenistan because of its temperature and desert geography.

Jerry had the most incredible experience in the trip at the Iran-Turkmenistan border: a group of Turkmen women donated 14 dollars on the spot to help Jerry cross the border. Want to know why Jerry had only one dollar in his pocket and how selfless those ladies are? Check the Silk Road Biking Facebook page to read the details of stories like this. 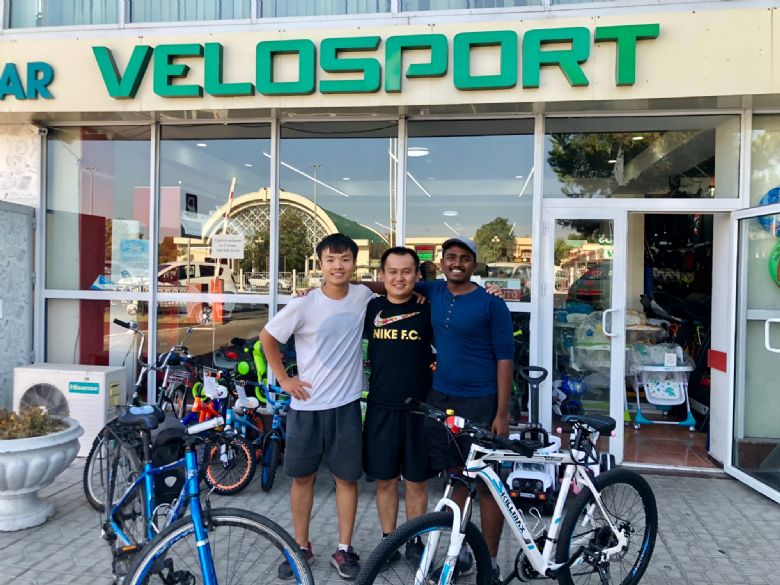 After that, Jerry met his Indian co-year Kesava (UWC Mahindra College 2016-2018) in Uzbekistan. To their surprise, one bike is mysteriously lost during shipment so they have to buy a new one. When they reached one bike shop in Tashkent - the owner of the shop was Chinese and invited them for dinner. He heard the pair’s story and decided to support to the project by giving them a free bike. 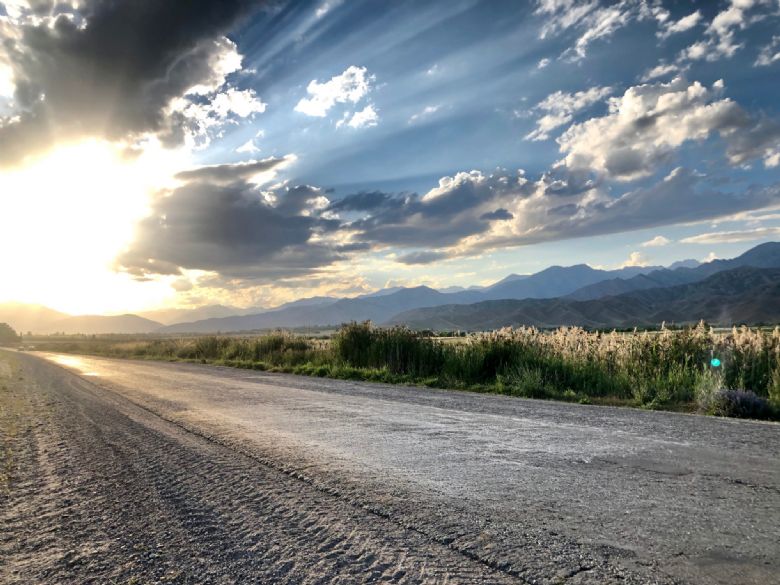 Jerry and Kesava continued cycling and faced several obstacles including not being able to exit the Karkara border of Kyrgyzstan because of holding E-visas. But with the help of a local driver they managed to get to the border supporting E-visas and arrived in Kazakhstan safely. 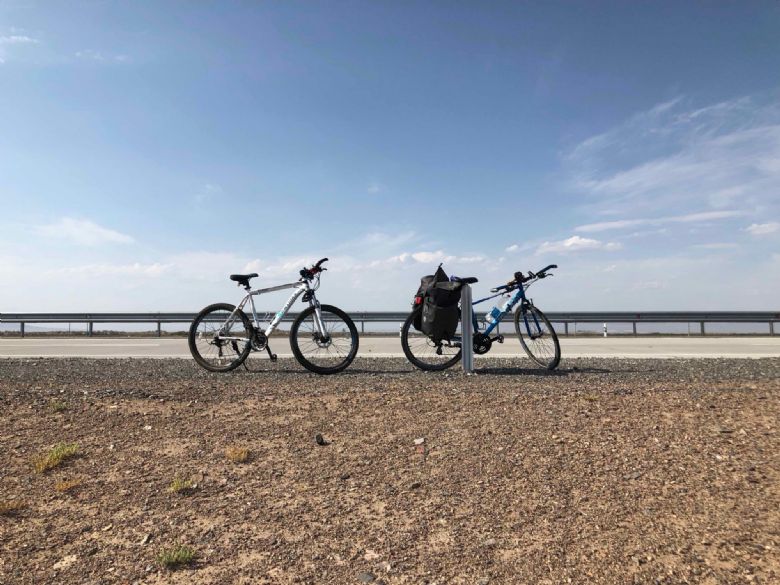 In the last few days Kesava and Jerry conquered the high temperatures and desert landscapes in Kazakhstan together, and arrived at the Chinese border safely.