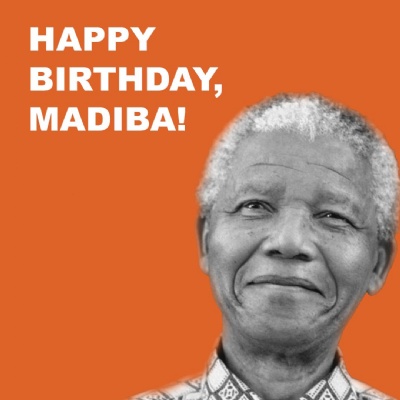 On 18 July 2018, we celebrated the centenary of Nelson Mandela’s birth.

A living symbol of resistance and reconciliation in his lifetime, he remains a guiding light for inspired leadership to this day. In addition to his tireless fight against racism and Apartheid in South Africa, Mandela was a firm believer in the unique role of education in shaping a more just and peaceful future around the globe: “Education is the most powerful weapon we can use to change the world.”

"UWC’s values-based education develops leaders who are focused on building bridges, not walls. A UWC education encourages critical thinking and empathy to address global issues, as opposed to the search for ‘easy answers’ - ultimately emphasizing our common humanity, in the footsteps of our Honorary President Nelson Mandela."

During Mandela’s incarceration, his daughters Zenani and Zindzi attended UWC Waterford Kamhlaba of Southern Africa, a multiracial school firmly committed in its stance against Apartheid in South Africa and, since 1981, a member of the UWC movement to make education a force to unite peoples, nations and cultures for peace and a sustainable future. Since 1995, Nelson Mandela has served as Honorary President of the UWC movement: and his call to change the world through education continues to guide our work. Twenty-eight years since welcoming Nelson Mandela into our fold, and 56 years since our founding, the UWC movement continues to educate tomorrow’s global peacemakers, changemakers and leaders.

"Nelson Mandela struck me profoundly as a person who struggled tirelessly for ideals – including the ideals of a non-racial democratic society, founded on justice and living in peace – yet he resisted dehumanizing those who had brought about or continued to benefit from Apartheid. Both that ceaseless struggle and always seeking to recognize, understand, appeal to and respond to the human in the “other”, is an incredible and ongoing legacy to the people of UWC from our Honorary President."

As the world celebrates what would have been Madiba’s 100th birthday, we reflect upon his legacy as a leader, activist and advocate for education, particularly within the UWC movement. Mandela’s strength and passion for justice have heavily impacted the values-based education students experience through UWC. Alumni of the UWC movement are not only equipped with the tangible skills they need to become active global citizens - they have also embraced our movement’s values, which resonate so deeply with those of Mandela, among them: celebration of difference, personal responsibility and integrity, a sense of idealism, compassion and service.

It is essential that in today’s rapidly changing educational landscape, skills are not prioritised over values. It is only with a learned global perspective, compassion and empathy that reconciliation and peace can be achieved - and this is where the UWC movement and the legacy of its Honorary President, the great Nelson Mandela, have a role to play.