UWC Celebrates 50 Years with the IB 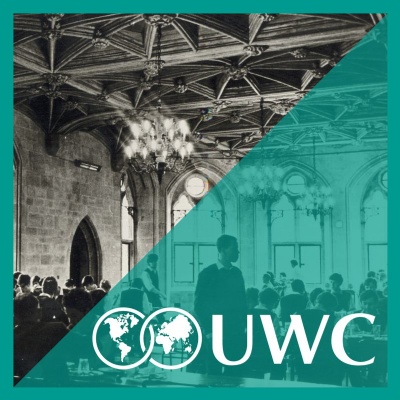 On the occasion of the 50th anniversary of the foundation of the International Baccalaureate (IB), two publications, one from UWC Atlantic College and one from the IBO, reflect on the origins of the IB and how it developed from a two-school partnership in the 1960s to the global education success it is today. Both publications challenge us to consider: what next?

The collection of stories published by UWC (available to download below), from some of the trailblazers who witnessed the founding of the IB themselves, namely, David Sutcliffe and Andrew Maclehose, documents the role of the pioneering educators of UWC Atlantic College and the International School of Geneva (ISG). Their collaboration which, as documented in the latest IBO publication (available here) gave rise to the IB, sought to address the practical need for an internationally-recognised pre-university qualification for the increasing number of geographically mobile students. More importantly, the IB also wanted to achieve an idealistic aim. Within the context of the Cold War, decolonization and global inequality, there was (and remains) a need for internationally-minded leaders and practitioners in all fields, with the skills and dispositions to serve the needs of peace, cooperation, and environmental protection.

Many of the early ideas that emerged remain central to the IB Diploma Programme (IBDP), offered at all UWC schools and colleges for students aged 16-19. Both Kurt Hahn’s idealism and his pragmatic call to action in the philosophy driving UWC helped establish the IBDP’s holistic core of Creativity, Activity and Service, while the Programme's bilingual emphasis and separation from national examination systems was pushed by the International School of Geneva. In the cooperation between schools and colleges and in the network of expert collaborators who supported the development of the IB and UWC, we see the principles of friendship, trust, critical engagement and idealism that form the foundation of the educational programme they themselves sought to create.

The mission and values of UWC are woven into the fabric of the IBDP, and continue to play a critical role in curriculum innovation through the introduction of syllabi that at the time were pioneering, but have now developed into some of the most popular courses, such as Environmental Systems and Societies and Global Politics. UWC also highly values more specialised, school-based subjects, for example: World Arts and Cultures and Marine Science, both initiated at UWC. We appreciate that the IBO continues to hold space for such courses that serve our students, our unique locations and our mission.

In the current context of precarious global security, accelerating climate change and rapid technological innovation, the last sections of both publications consider next steps. The giants on whose shoulders we stand - the early founders together with the excellent educationalists that have continued to refine the programme - demand we address the purpose and nature of education for the next 50 years. As David Sutcliffe, former Head of UWC Atlantic College, founding Head of UWC Adriatic and co-founder of UWC Mostar, concludes:

"Those courageous 1960s pioneers, the International Baccalaureate and the Atlantic College, have with many others flourished over 50 and more years in a triumphant cooperative venture, the lively memories of which can only encourage us all, not just to measure and enjoy our success, but to face the new challenges of a transformed global society with honest self-appraisal and bold imagination. Our founders questioned the world they lived in and acted. We owe it to them to follow their example."