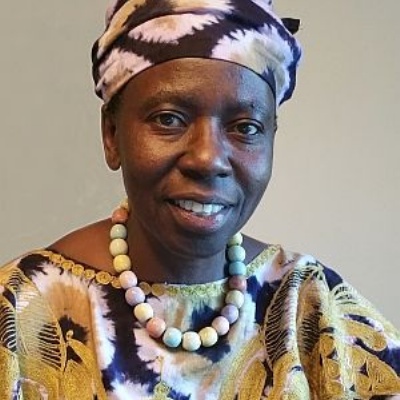 Chair of the Board - Chair of Personnel and Remuneration Committee 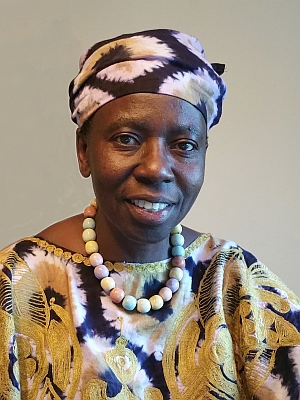 Dr. Musimbi Kanyoro has been Chair of the UWC International Board since 2019. She is a member of the UN Global Compact Board and serves as Senior Advisor to “Target Gender Equality”, an accelerator programme of the UN Global Compact supporting companies in setting and meeting ambitious targets for women’s leadership. She is also the Board Chair of the Women’s Learning Partnerships (WLP), and serves on the Boards of the London School of Economics (LSE) and CARE International (CI).

Musimbi Kanyoro is an accomplished leader with more than three decades of experience leading international organizations. She is the immediate past President and CEO of the Global Fund for Women, a leading philanthropic foundation supporting women and girls’ social movements for gender equality. Dr. Kanyoro worked for David and Lucile Packard as Director for Population and Reproductive Health. Prior to moving into Philanthropy in the USA, Kanyoro  spent twenty years in Geneva, Switzerland: the first ten years with the Lutheran World Federation as Executive Director for Women and Church and Society, and the next with the World YWCA, where she made history as the first non-white General Secretary (CEO) in 150 years history of the YWCA Movement.

Kanyoro received a Ph.D in Linguistics from the University of Texas in Austin and a Doctor of Ministry (DMin) from San Francisco Theological Seminary. She was also a Visiting Scholar at Harvard Divinity in Old Testament and Hebrew Studies. Musimbi Kanyoro has held leadership positions in Research of Languages, Human Rights and Philanthropy.

Kanyoro is the recipient of numerous awards over the years including a recognition as one of the 21 Women Leaders for the 21st Century by Women’s E-News. In 2015, Forbes named her as one of the 10 power brands working for gender equality and in 2016 she was recognized on a list of “Forty over 40 – women who are reinventing, and disrupting and making an impact”. In 2018, she was named among the 100 people making a difference in gender policy,  and in 2019 she was recognised as one of the nine people who fought for the planet alongside Bill Gates, Ban Ki-moon and Michael Bloomberg.

"I am delighted to be part of UWC: part of a vision that creates international learning environments and opportunities for young people to grow."