Our Thoughts Are With Afghanistan: Reflections from members of the UWC community 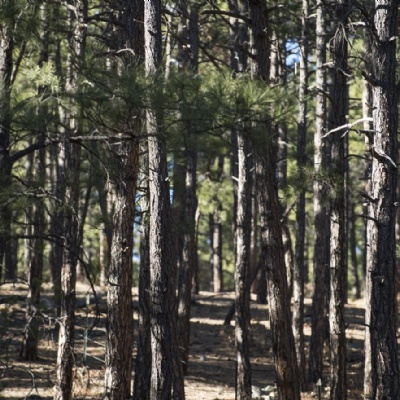 The following is a direct reflection from members of the UWC community.

"As you may have already heard on the news, the Taliban have taken control of almost the whole of Afghanistan. It reminds people of their rule twenty years ago when they used to rule brutally and massacre people, especially minorities who did not have the same belief as theirs. The Taliban are the minor extremists group of people mainly in Afghanistan and Pakistan who have a very strict interpretation of Islam. Many Afghans who lived under their rule, in the 90s, remember their public torturing and stoning people to death for minor crimes. The current situation of Afghanistan reminds people of those memories and people are afraid the history will repeat itself and that everything has gone back 20 years.

Currently, the situation varies from one family to another, depending on what kind of occupation their family members had prior to the Taliban ruling. It depends on whether they have young daughters and women in their families as well as what ethnic or religious group they belong to. People in general are living in fear. There are different categories of fear amongst people. Everyone is in fear of losing their basic human rights; the rights of education, rights of women, rights of freedom of speech and other basic human rights. However, the sudden and most dangerous of them is the fear of losing their lives for working with foreigners, working with the previous national government, journalists and human rights activists. Although there are people who have never even worked in such departments, and yet still fear for their lives. Those people either belong to minority ethnic and religious groups or LGBTI. Taliban are strictly intolerant towards other religions. Their views do not match the Islamic interpretation most other muslims know.

The fear from the Taliban has caused panic among Afghans and they would rather die clinging to the plane than be tortured and killed by the Taliban. People who do make it out of Afghanistan and those who are already out of Afghanistan are worried about their families and loved ones who are left behind under the Taliban ruling. Minority groups such as non-muslims, Shia-muslims, Hazaras and other minorities are in greatest danger under the Taliban ruling. This is NOT an assumption, but a true fact. Since taking over, they have reportedly killed at least 9 Shia-Hazaras in Ghazni. Nowadays, the Kabul airport situation is in such chaos that many other reports do not even make it to the news. Taliban have said that they have forgiven all those people who worked against them in the past and those who worked with the previous government and foreign nationals. They also will let women go back to school or take part in politics. Many believe that those are only words to help them receive media and international support. There are horrific things happening everyday behind the door and it will increase once all the US and other foreign nationals leave Afghanistan. Everyone is hiding in their houses and waiting for the worst to come. All the schools, banks, hospitals, and shops are closed.

In the 90s, when the Taliban were in power, millions of people migrated to the neighbouring countries and sought refuge in those countries. Now, many countries have closed their borders, and closed their embassies in Afghanistan. Only a few countries are accepting Afghan refugees and millions of Afghans will be left behind under the Taliban regime. Among those, there are at least two Afghan UWC Alumni who are stuck in Kabul with their families. Most Afghan UWC students and alumni had high hopes and expectations that Afghanistan would be safe to go back to and that they could rebuild the country. With the Taliban in power, those hopes faded away.