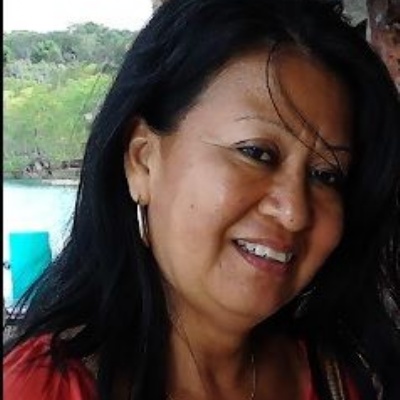 No applications were coming in and the deadline was drawing near. Alexis, a UWC alumna, realized that coordinating UWC’s Belize National Committee while simultaneously pursuing a PhD can be hectic. So one day she called her mother saying “Mom, something has to be done”. And so, armed with determination and sitting at the computer the search for representatives from schools, TV Stations and newspapers respectively began and Anna has been involved with the national committee ever since.

It has been four years now promoting UWC, liaising with students and parents, running the selection process and now working as National Coordinator for UWC Belize National Committee as a volunteer.

With a Master’s Degree in Business Administration and a concentration in Finance, along with 25 years’ experience in the private sector on both the management and executive levels, managing, organizing and coordinating the UWC Belize National Committee has been an exciting challenge.

“Volunteering for UWC is most rewarding especially when the life of at least ONE more child will be changed forever. The United World College movement gives that opportunity to make a difference in a child’s life.”