The Power of Youth

You are invited to the Rise-UWC panel discussion where we will explore “The Power of Youth” and how transformational education programmes such as UWC empower young people, including those from underserved communities, to become changemakers. 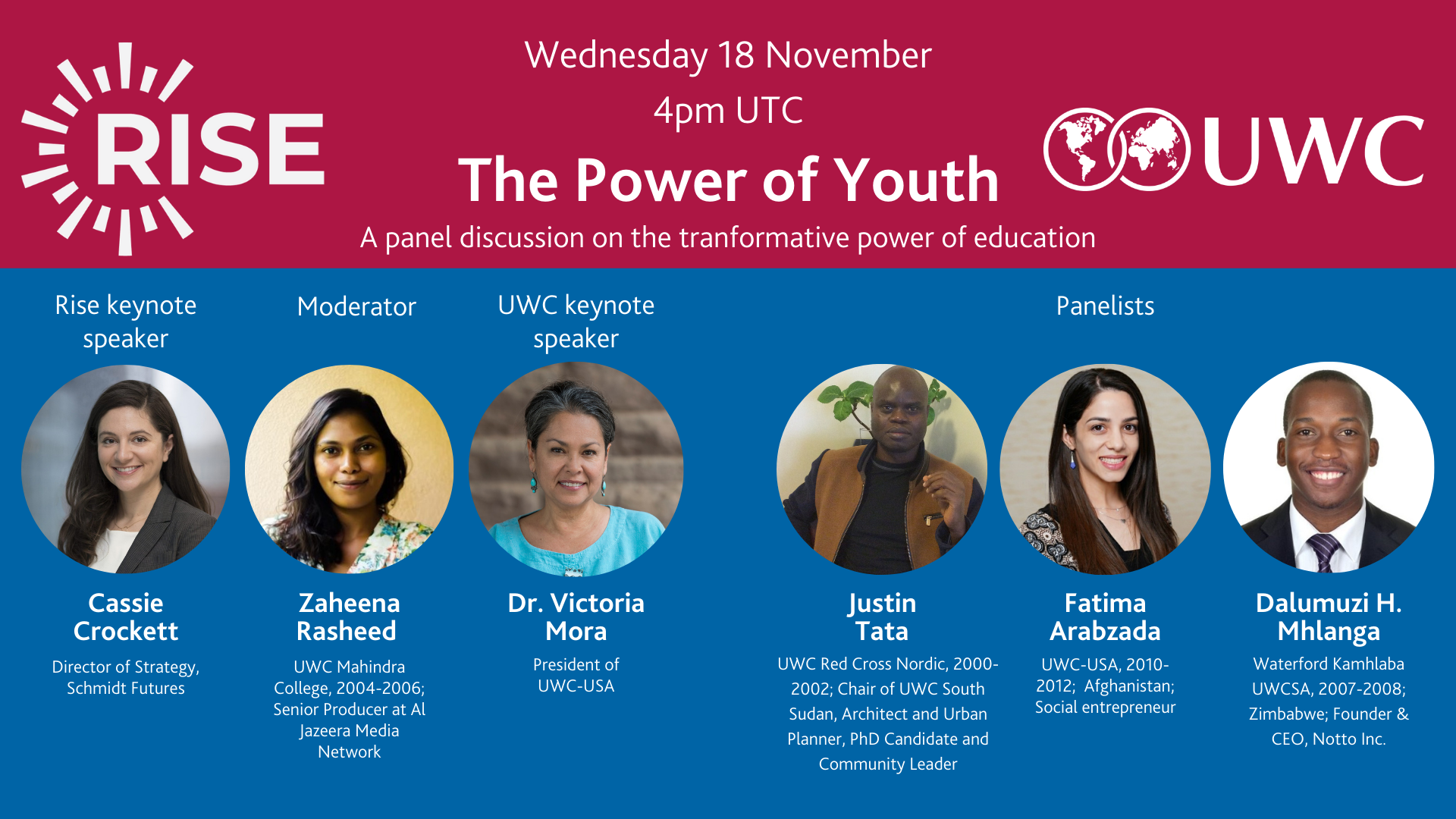 This talk is in collaboration with UWC’s new partner Rise, an initiative of Schmidt Futures and the Rhodes Trust which will be launched on 16 November. The webinar will involve a panel of three UWC alumni, who came to UWC from refugee backgrounds, sharing their stories and exploring the different ways their UWC education impacted their journey of working for and supporting change in their home communities. The discussion and Q&A will be moderated by Al Jazeera journalist Zaheena Rasheed (UWC Mahindra College, 2004-2006).

You can register to join the event on the UWC Hub or watch live on the UWC Facebook page.