UWC’s founder, Kurt Hahn, is known widely throughout the movement as a trailblazer - a man who believed education was essential to the formation of character, and who thought that young people from diverse backgrounds should learn together, through experience. At the height of the Cold War, Kurt Hahn hoped that this model of education would help to produce the citizens needed to make the world a better place. Perhaps what is less known though, is Kurt Hahn’s family background, and the events which led to him becoming so invested in using education to create a more peaceful and sustainable world.

We were lucky enough to catch up with Kurt Hahn’s great niece, Caterina Goodhart (UWC Atlantic, 1973-1975). Caterina gives a fascinating account of her great ‘Uncle Kurt’ and the lifelong bond he formed with her mother, Benita Cioppa Hahn. This connection was to prove pivotal in sowing the seeds for the founding of UWC Atlantic and the birth of the UWC movement.

By 1933, Hahn’s outspoken opposition to the Nazi party had made it impossible for him to stay in Germany. He returned to the UK (where he’d previously studied at Oxford) and founded Gordonstoun school in Scotland in 1934. His brother, Rudo Hahn, was later also forced to leave Germany, along with his wife, Lola and their two children Oscar and Benita. Both children were sent to Gordonstoun. Caterina’s mother, Benita, stayed with her ‘Uncle Kurt’ in his headmaster’s flat at the school, and the two became very close:

"I remember one of my mother’s funny stories,” laughs Caterina, “everyday she would have lunch with Prince Phillip, who was also a pupil at the school. This was because he was always hungry even after having lunch in the school canteen… Uncle Kurt’s housekeeper was a wonderful cook, so Prince Philip would always come over for his ‘second lunch’ with my mother!” 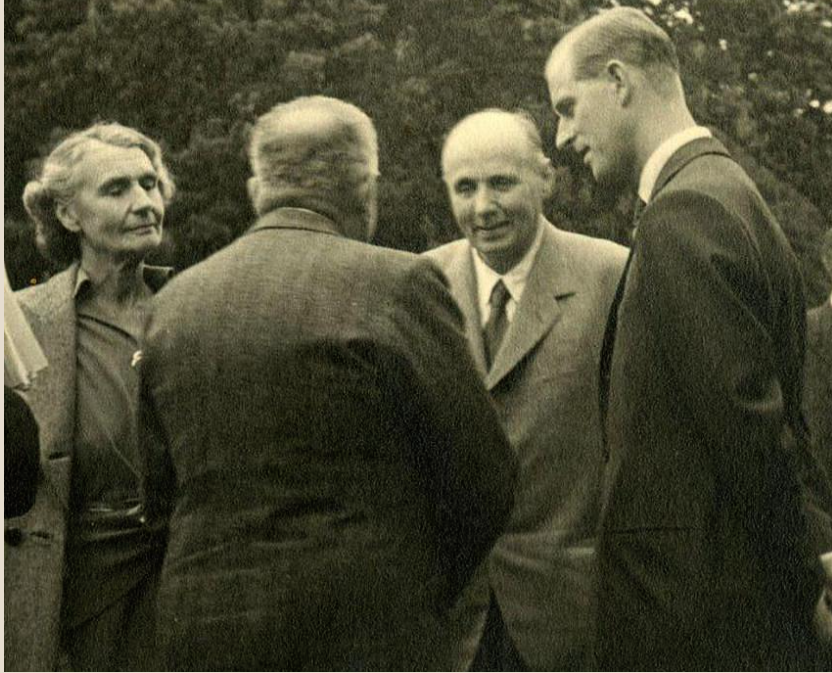 After a year, Benita moved to a different school, but her close tie with her uncle remained. Caterina fondly remembers family lunches in Scotland in the 1960s and 1970s when they were all sitting together, Oscar and Benita’s children (10 all together) around the table:

“Kurt Hahn didn’t really make that much conversation with the adults - but I remember he was interested in talking to us. He was a very kind and sympathetic person, and he was very much focused on the youngsters. He wanted to know what we thought.”

Caterina’s mother, Benita, married an Italian naval officer, and her Uncle Kurt often went to visit her wherever she was in the world. In 1955 Benita was living in Paris, and ahead of a visit by her Uncle Kurt, she contacted a friend, Rosemary, the daughter of the British Air Marshal Sir Lawrence Darvall and NATO Defence College Commandant. She asked if he might be willing to give a party, he agreed to the request “and this is how Kurt Hahn came to see young officers from different countries working together,” Caterina explains. Atlantic College was founded seven years later.

As Caterina goes on to point out, this was just one example of the incredible diversity Kurt Hahn was witness to. Within her own family, Caterina says there was a mix of nationalities, religions, cultures, and languages:

“My mother, who was born German and Jewish, had married an Italian Catholic, and we were living in Paris, and so we were brought up with French at school. My mother spoke to us in English at home, my father spoke to us in Italian, and we always had a Spanish nanny!” 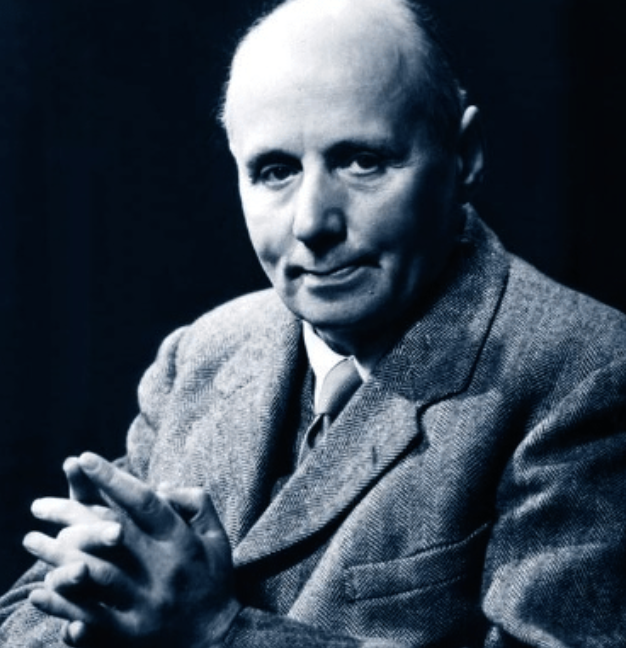 Caterina believes that it was the dynamics within her family, and Kurt Hahn’s exposure to the NATO Defence College, that “planted the seed for UWC Atlantic in his mind.” Hahn believed that it was between the ages of 16 and 18 that youngsters experienced their most important period of development, and that they needed to be given “the opportunity to grow together, without barriers.” In Caterina’s own family, Kurt Hahn witnessed:

“The meeting of two completely different realities, with my father, an Italian, who fought in the war on the opposite side, who married, my mother, a Jewish refugee…  They then went on to have six children who were brought up with different religions, speaking multiple languages.”

This, she feels, is what really cemented Kurt Hahn's belief in the value of diversity.

Later in life, Caterina remembers going to visit her great Uncle Kurt at his house in Germany and telling him about her application to study at UWC Atlantic, “he was very happy”, Caterina recollects, “that one of us would be going there. Especially since our family may have had some small influence in its inception.” Caterina remembers her great Uncle fondly, and says if she had to associate just one word with her him, it would be the word ‘compassion’:

"Kurt Hahn had tremendous compassion - he saw that we needed to have compassion and understanding for one another if things were to ever get any better.”

After a life filled with many achievements, and having touched the lives of so many, Kurt Hahn passed away in 1974. But what does Caterina think he would have made of things as they stand today - with a network of 18 schools, students, alumni, volunteers, donors, and partners spread throughout the world?

“Well, I think he would have been right at the forefront of pushing things forward. He was never one for just sitting still. So maybe he would be creating something new right now. He would be thinking about what else we could do. He wouldn’t stop, but he would say ‘how can we improve’, how can we make things better for youngsters?"

Caterina points out that it is impossible to know which of the many issues facing the world at the moment Kurt Hahn would have chosen to focus on, but she feels he would have remained invested in making sure that a UWC education was up to the task

"I like to think that he would be trying to ensure that young people were best equipped through their wider educational experiences - to face those challenges head on and to contribute to addressing them in imaginative, thoughtful and compassionate ways." 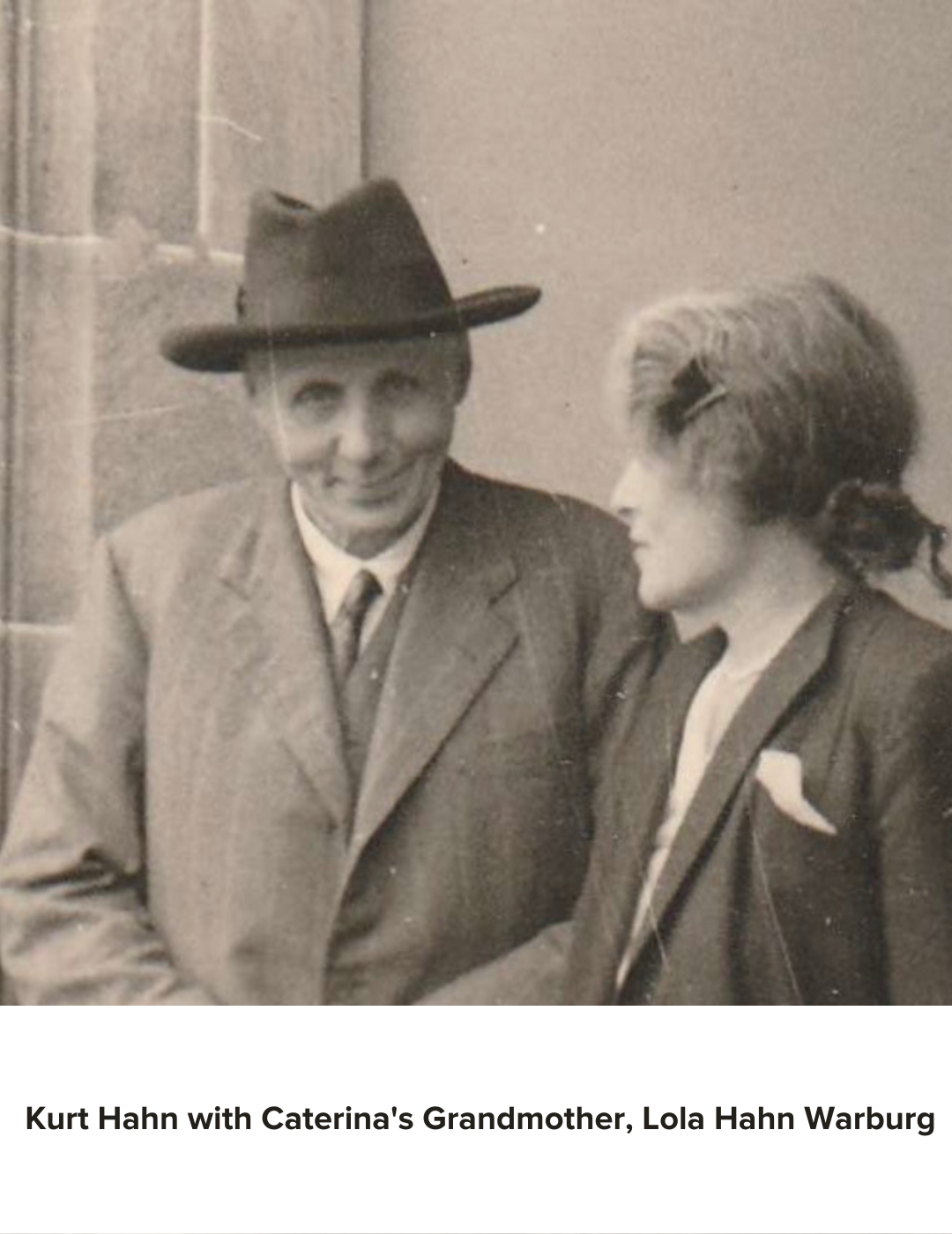 UWC International office would like to extend its thanks to Caterina for sharing her memories of Kurt Hahn.